Leverage for Your Life

Hello friends, and welcome to Young Money! If you want to join 2642 other readers learning about finances and career navigation, subscribe below:

You can check out my other articles and follow me on Twitter too! (I was originally working on something else for today, but this one just started flowing). 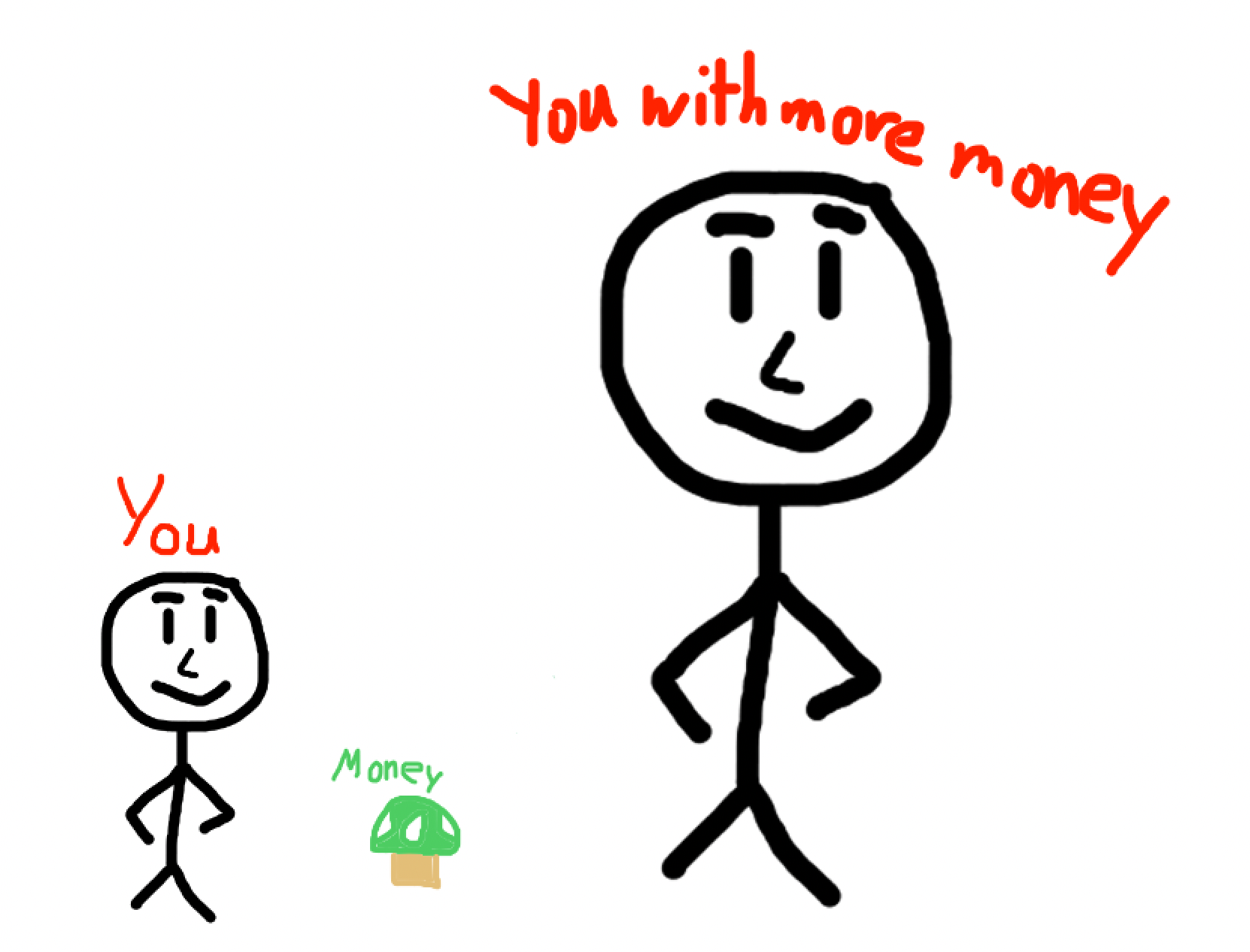 I played all sorts of Mario games as a kid. You probably did as well. There was the original Mario, a two-dimensional game where you jump over enemies and fireballs on your way to the castle.

There was Mario Kart, which placed all of your favorite Mario characters in a Grand Prix. We all remember having a surefire victory derailed by an ill-timed blue shell.

And Super Smash Bros, the greatest combat game ever made. You would battle a Who's Who of Nintendo icons, from Pikachu to Donkey Kong to Mario.

But one item served as a constant in each game: mushrooms. 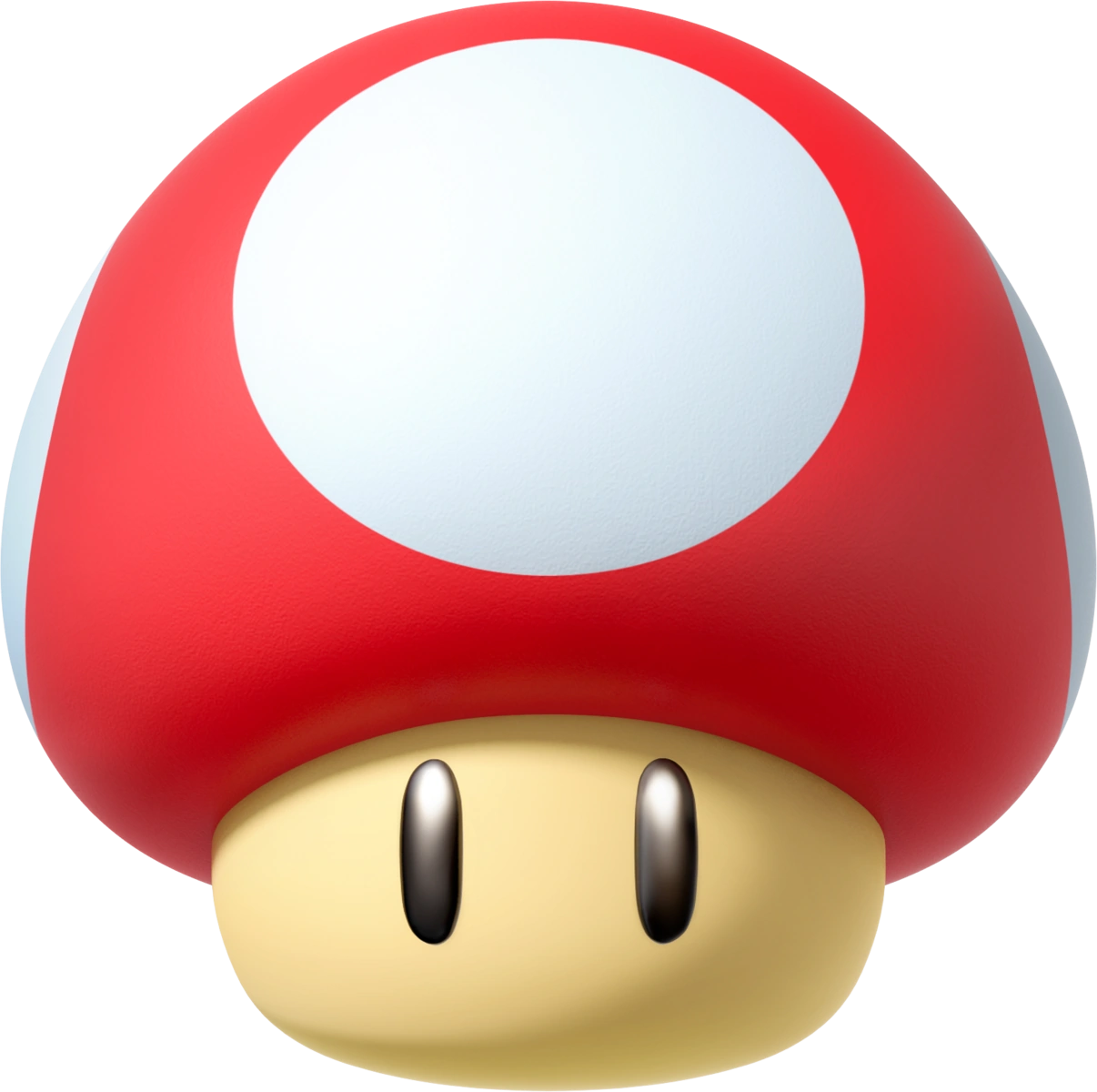 And these mushrooms enhanced your attributes in each game. In the original Mario they increased your health and leaping ability, in Mario Kart they made your vehicle faster, and in Super Smash Bros they made your attacks stronger.

These enhancements were designed to benefit the player. But the benefit depended on player behavior.

Upgrades can make your character harder to control. User error increased. Players were more likely to underestimate their leaping ability and fall to their deaths. Lose control of their vehicles and crash. Play overly aggressive and knock themselves off the map.

In all of these games, mushrooms amplified your play style.

1 Timothy 6:10 tells us "The love of money is the root of all kinds of evil." And we often misconstrue that to mean money is bad. In fact, the world is full of people who truly believe that money is evil. To them, money and morality exist on an XY axis, and they move in unison. 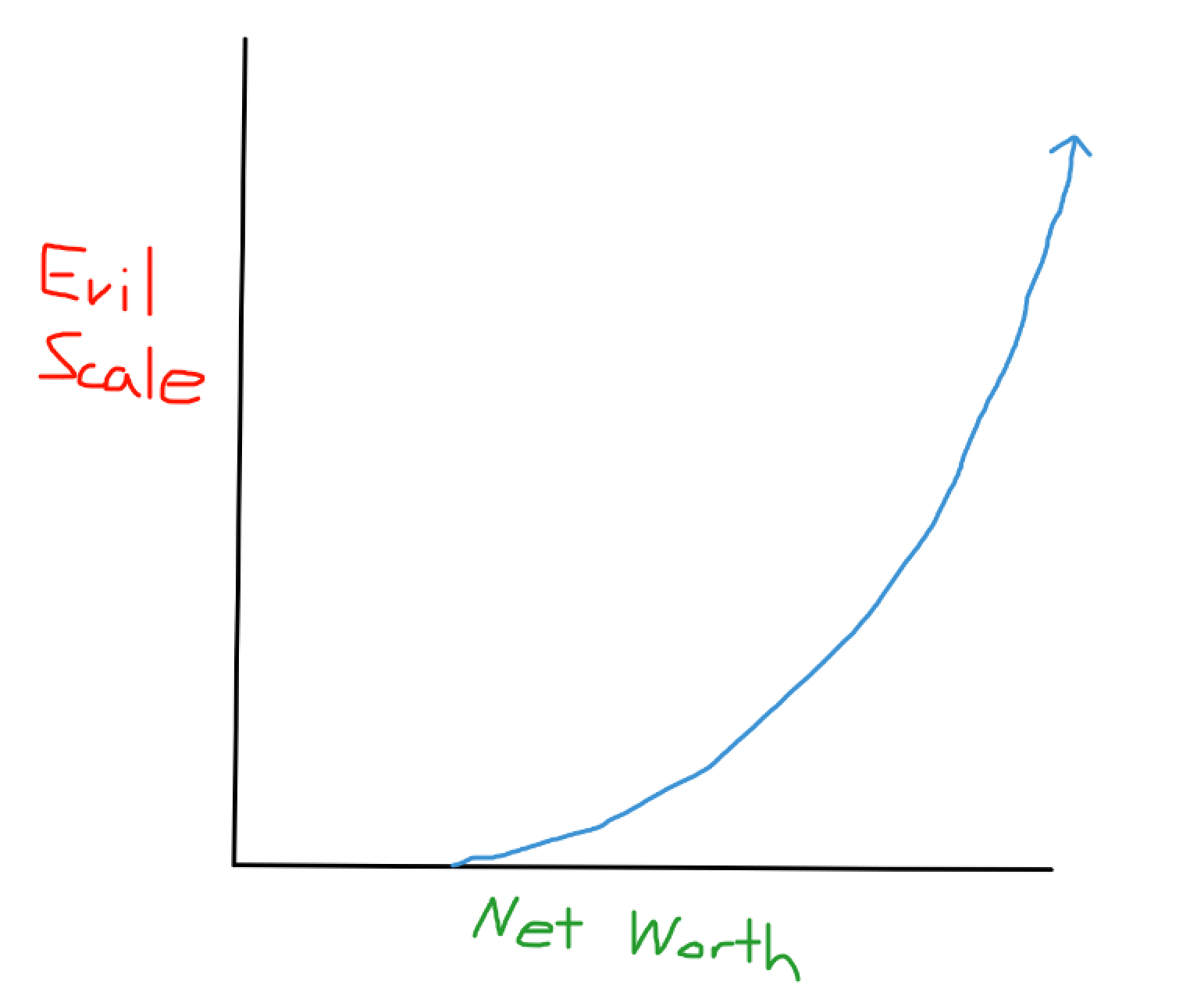 As your net worth increases, so does your propensity to do bad things. Billionaires shouldn't exist. Capitalism is a societal failure. Etcetera, etcetera.

But money doesn't care about your morality.

Let's take investing as an example.

Think about using leverage to purchase stocks for a second. The general consensus is that margin is a bad idea. "Don't invest with money that you don't have."

At a surface level, it makes sense. Risky, levered bets can lead to financial ruin. If you are levered 3:1 and suffer a 33% drawdown, game over. Extreme leverage + extreme drawdowns can even push your portfolio below $0.

In fact, using leverage early in your career has actually been shown to reduce retirement risk. By applying leverage on the front end of your career, investors can achieve better diversification over time. When leverage is utilized early in one's investment journey, expected retirement wealth is 90% higher compared to life-cycle funds and 19% higher compared to 100% stock allocations.

Yet when leverage is abused early in one's career, you may find yourself behind the 8-ball before you even begin.

In both cases, leverage wasn't a problem or a solution. It was merely a tool that enabled individuals to advance or hinder their financial goals.

Similarly, money isn't a problem. It is a tool that enables individuals to advance or hinder their lives. A growing net worth doesn't increase one's propensity for evil. It increases one's range and depth of possibilities. 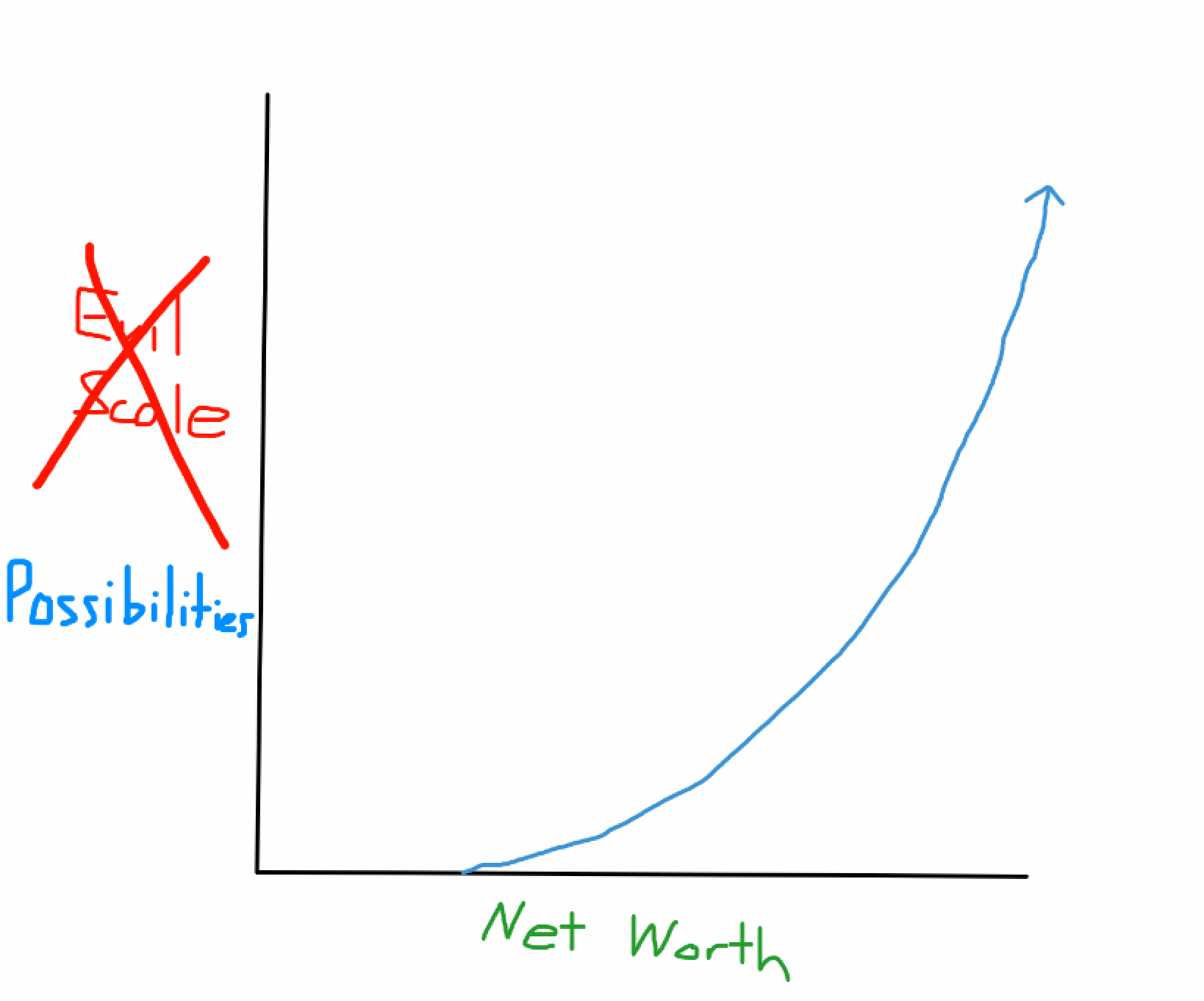 What that individual chooses to do with their larger net worth? That's on them.

Your Money or Your Life?

Money gives the greedy opportunity to revel in their greed. It gives the gluttonous opportunity to indulge in gluttony. It empowers the hateful to spew hatred, because when you have enough money, who is going to stand in your way? Money also drives the dissatisfied and the restless crazy, because money was supposed to cure all of their problems. Yet all it seemed to do was exaggerate them instead.

But money also gives the philanthropist the means to contribute to philanthropy. Money helps cure diseases. It gives people a margin of safety to explore other job opportunities. Money funds the daring entrepreneurs, whose failures ultimate pave the way for future successes.

Morgan Housel once said, "Money buys happiness in the same way drugs bring pleasure: Incredible if done right, dangerous if used to mask a weakness, and disastrous when no amount is enough."

Money and drugs are both catalysts whose effects rely on the user.

Let's take a simple math equation, Y = MX, where Y is our life.

We think that money = X, the independent variable that drives our lives.

But our behavior = X. It is us, not our money, that determines the direction of our lives.

Money is M. Money is the multiple attached to our behavior.

Y is our life that results from money * behavior. 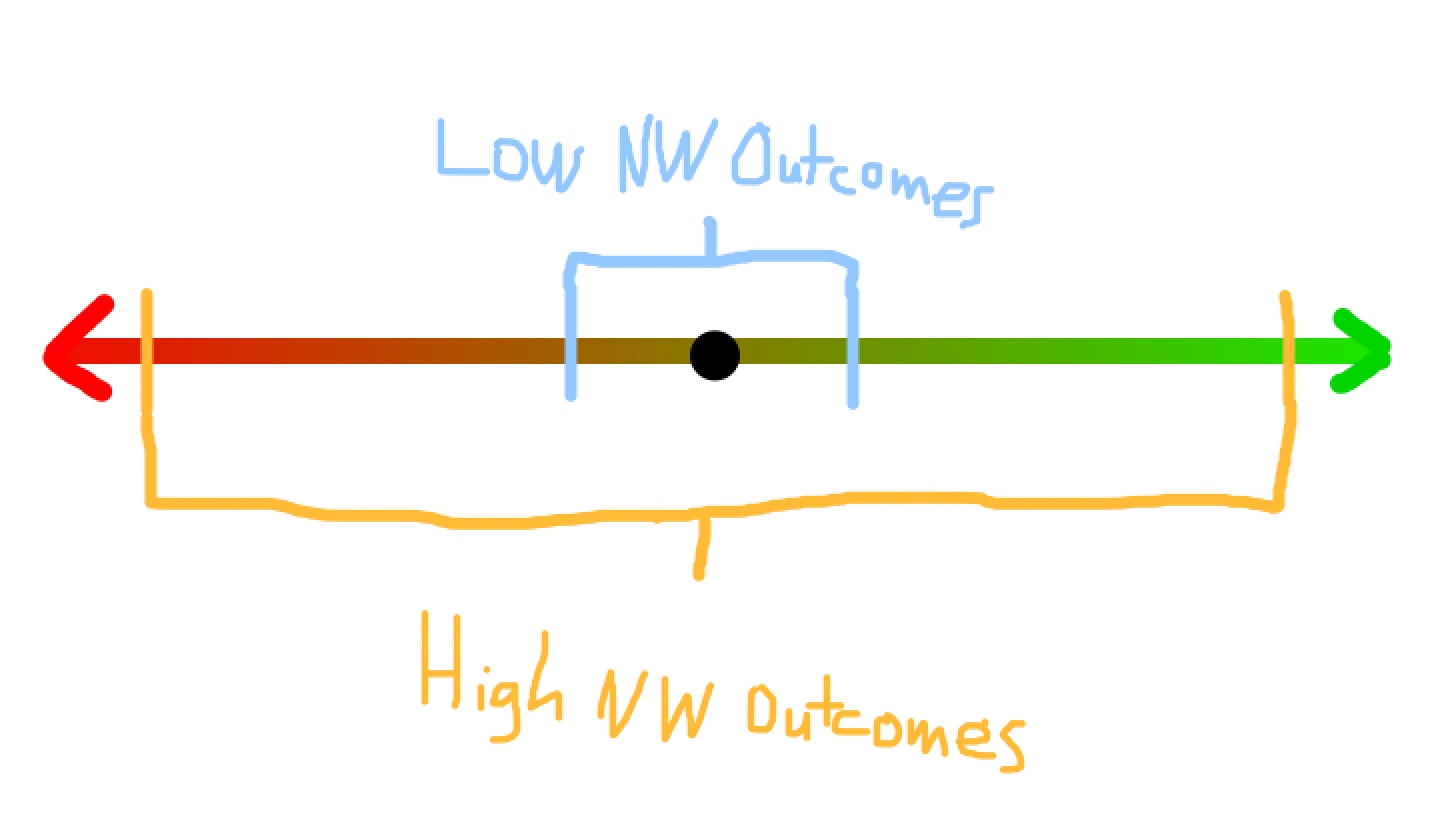 Money Amplifies Who You Are

It's true: plenty of rich people are corrupt. Dishonest. Unethical.

And we hear about these cases, because the perpetrators are rich. Known figures. Money does magnify temptations, because the rich are afforded opportunities that the poor aren't. It takes money to commit multi-million dollar securities frauds. Tax evasion. Political bribery.

The ten richest men in the world have had 13 divorces. Kids of the ultra-rich are often miserable, because their parents haven't realized that you can't throw money at every problem.

But money amplifies the good as well.

Corruption and dishonesty may scale with money. But so do benevolence and philanthropy.

Let me tell you about Chuck Feeney. 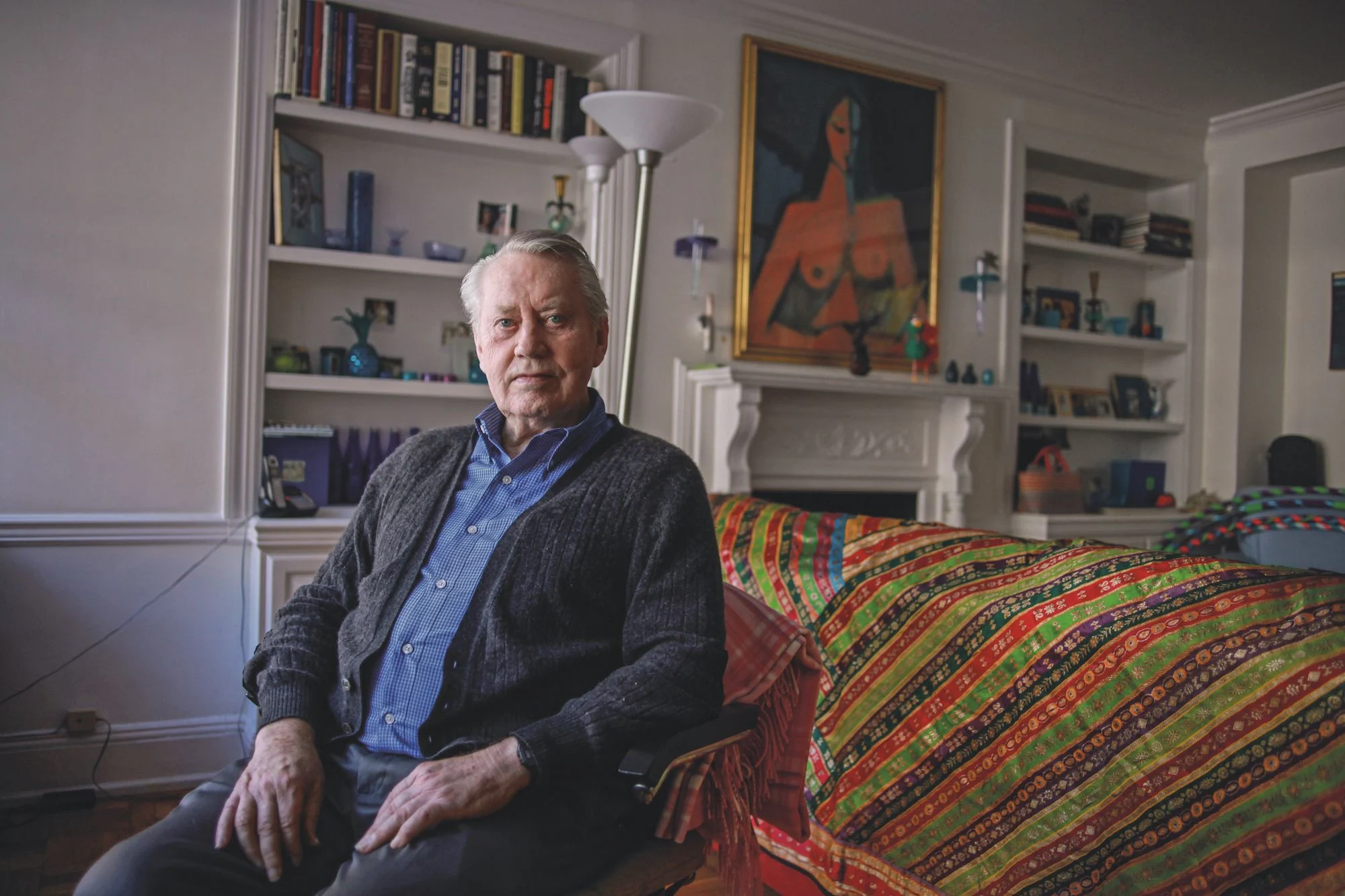 Chuck founded Duty Free Shoppers Group in 1960. As his empire grew, the entrepreneur's net worth ballooned to billions of dollars. By the 1980s, Feeney was on top of the world.

Feeney was adamant about secrecy because he believed it would leverage more donations––some other individual might only contribute to various universities and institutions to get the naming rights.

Feeney was inspired by Andrew Carnegie's idea: "To die rich is to die disgraced."

This quote was the foundation of Chuck's life goal: Giving away every last dollar before his death.

In 2020, the 88-year-old Feeney shut down The Atlantic Philanthropies. But not because he was tired of giving. Because he had accomplished his goal. After donating $8B, Chuck was out of money.

Every dollar to his name, except a $2M nest egg to cover living expenses, was pledged to philanthropic causes.

When asked about his dedication to giving, Chuck said, "I cannot think of a more personally rewarding and appropriate use of wealth than to give while one is living—to personally devote oneself to meaningful efforts to improve the human condition."

So Who Are You?

There is nothing wrong with pursuing success. The desire to make something of oneself is an admirable goal. On the contrary, I would argue that the hatred of money and those with it stems from some level of self-loathing.

But you need to know yourself.

But if you don't know what you want out of life. If you are chasing money for the sake of money. If you want to show the world that you are rich. If you pursue some other vain goal...

Then money will destroy you.

Money won't change the trajectory of your life. It will accelerate it.

Timothy might tell us that "The love of money is the root of all kinds of evil".

But the Bible also tells us that God gave King Solomon, the richest man to ever live, "wisdom and understanding beyond measure, and breadth of mind like the sand on the seashore".