Snap Back to Reality

A couple of reality checks.

Hello friends, and welcome to Young Money! If you want to join 7797 other readers learning about finances and career navigation, subscribe below:

Today's Young Money is brought to you by Of Dollars and Data!

The mainstream financial media utilizes greed and fear to get you to pay attention to their headlines.

These tactics may help their ratings, but they do nothing for your wealth.

For content that actually helps me understand what is going on in financial markets, I read Nick Maggiulli's Of Dollars And Data. Nick is both a friend of mine and a fantastic finance writer, who, like his newsletter suggests, uses data and statistics to explain market behavior and personal finance concepts.

Of Dollars and Data is the perfect intersection of data and finance delivered to your inbox once a week.

If you want to try it out, sign up here for free. 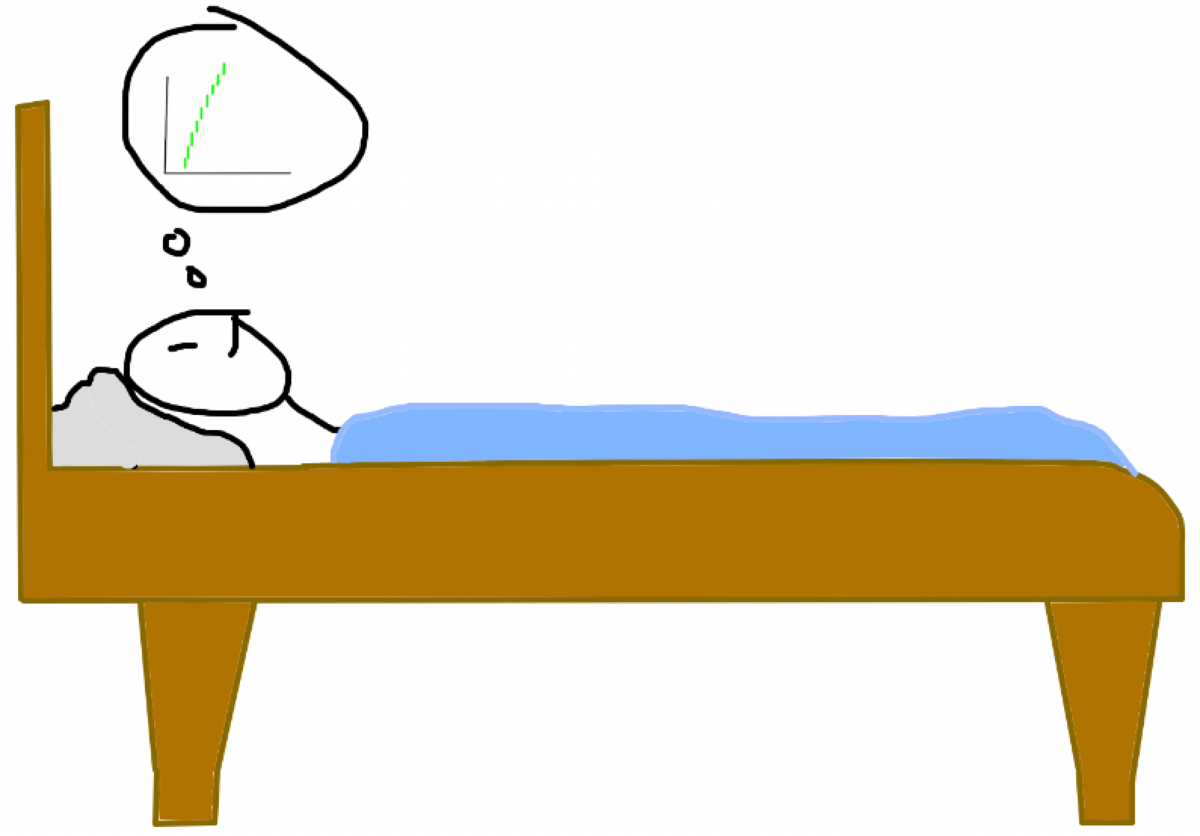 "The clocks run out, times up, over, blaow! Snap back to reality, ope there goes gravity 🎶" - Eminem

Like every other kid who watched 8 Mile several times over in the 2000s, I memorized every word to Lose Yourself. A 10/10 song by one of the best to ever do it.

That being said, this article has nothing to do with Eminem or the Detroit rap scene.

It has a lot to do with "snapping back to reality."

You Have the Right to Remain Offended

The most interesting development in the relationship between employer and employee over the last few years has been the degree to which employers have responded to employee dissent. Pissed off employees have more leverage than ever before.

Don't want to go back to the office? Refuse. Make a scene about how draconian your company is. You perceive a comment from management to be offensive? They owe you an apology, regardless of their intent. Your company hasn't been vocal enough about issues that are dear to your heart? Let them know that's unacceptable.

I recently watched a South Park episode where Cartman uses the threat of negative Yelp reviews to bully different restaurants into following his demands, and I couldn't help but draw parallels to corporate America.

For the last few years, companies have found themselves in a bind. Piss off your employees, no matter how innocent the slight, and you're toast. It didn't matter what you did, it mattered how your employees perceived what you did.

Perception is dangerous because it is subjective. Things that offend you may not offend me, and vice versa. How do you avoid violating this subjective code of an individual?

And some employees grew more empowered by this dynamic. Make enough noise, and your perception can drive the reality that you want. And for the last several years, it has. Cancel culture, or whatever you want to call it, is one hell of a drug.

But this power shift didn't come about on its own, and there certainly wasn't a benevolent shift in Fortune 500 corporate governance designed to give employees more power. Like everything else in business, the great appeasement had everything to do with money.

Competitive job markets make new hires expensive, which makes employee retention paramount. If it's cheaper to appease your annoyed workers than to replace them, you obviously go with the former.

But don't kid yourself, this is a financial decision for most companies. Not a moral one.

Companies will accommodate their offended employees as long as it makes sense financially to do so, but not an inch further. When cash is plentiful and employees have options, companies will do everything they can to retain their workers.

When growth slows and money dries up, expenses have to be cut.

Earlier this year, many Netflix employees were disgruntled by the company's decision to air Dave Chappelle's recent standup special, as they found his content offensive. While Netflix didn't remove the content, they made sure to highlight that they empathized with and supported all of their employees.

That tone changed this month.

Netflix just had a pretty terrible quarter, from Wall Street's perspective. Subscribers shrank, revenue growth stalled, and the company's stock price got obliterated. For Netflix, the era of hyper-growth is over.

Netflix has to focus on its profitability, which means it needs to cut costs. What is the easiest way to do that? Ask employees who took issue with the company's content to leave. And that's just what they did.

Netflix tells ‘woke’ workers to quit if they are offended: ‘culture’ memo
“If you’d find it hard to support our content breadth, Netflix may not be the best place for you,” read the memo in part.
nypost.com

Similarly, many Twitter employees are pissed about Elon Musk's planned acquisition of the company. Considering that Musk has stated he wants to reduce headcount, I'd imagine that he welcomes some internal dissent.

The ability to be offended by your company is a luxury of cash-rich markets, not a Constitutional right.

And the perpetually offended workers will find their skillsets to be less in-demand than they realized.

Snap back to reality.

For the last two years, market participants have been playing a fun game called "Line goes up."

The rules of this game are pretty simple:

Which lines went up the most? Growth stocks. Meme stocks. Crypto. NFTs. The more ridiculous the valuation, the wilder the story, the higher the line went. This really shouldn't be much of a surprise.

After all, commission-free trading + historically low interest rates + fastest market crash in history + pandemic-induced lockdowns + trillions in quantitative easing + millions of bored people turning to the market for entertainment created one hell of a financial cocktail.

When there are trillions of dollars sloshing around, why wouldn't you throw money at anything and everything?

And as the game progressed, the pieces evolved. It started when growth stocks like Peloton and Zoom took off in April and May of 2020. Then bitcoin caught a bid as investors believed it to be a hedge against quantitative easing. In the most ironic twist of early 2021, GameStop, a left-for-dead video game retailer, exploded by 4000%, and AMC followed. Then ethereum, a cryptocurrency that few cared about before 2020, climbed to $4,000 as many believed that it, and not bitcoin, would actually be king as the crypto marketplace evolved. And from ethereum came NFTs, the oh-so-rare JPEGs that took financial markets by storm.

As more and more people started playing Line Goes Up, the game grew more insane. Paying 50x sales for a "growth stock" is nuts. Paying $500k for a JPEG? That doesn't even make sense.

But it didn't have to make sense.

"No, if you show revenue, people will ask 'How much?' and it will never be enough. The company that was the 100xer, the 1,000xer, becomes the 2x dog. But if you have no revenue, you can say you're pre-revenue. You're a potential pure-play. It's not about how much you earn. It's about how much you're worth. And who's worth the most? Companies that lose money."

If your asset doesn't do anything, it can be anything.

Due diligence was replaced by memes and marketing, and a trillion-dollar experiment in Greater Fool Theory ensued.

Some people didn't like Line Goes Up, so they tried to short it (Melvin Capital). Obviously that didn't work, because a game doesn't care about your fundamentals.

However, like any other game, Line Goes Up has to come to an end at some point. The problem is, most players don't realize it's a game. They think it's investing. Because if you started "investing" in 2020, and all you know is Line Goes Up, then lines going up becomes the norm.

They assume that good stories are making lines go up, that their assets are growing more valuable. But this assumption isn't true.

The stories didn't make the assets more valuable. The stories gave others a contagious case of FOMO. After all, when everyone is getting ridiculously rich except for you, they must be doing something right. Right?

So people not playing Line Goes Up decide to get in on the fun, because no one wants their friends to get rich without them.

So now half of the players think their assets are valuable, and the other half feel like they're missing out. And this cycle can go on for a while, especially when everyone has money to blow.

But what happens when that money starts to disappear?

Inflation is real. High gas prices are real. Company layoffs are real. And when all of these real things start costing more, and the money printer isn't sending out stimulus checks like it was in 2020, people have to make real decisions with their money.

FOMO isn't quite as contagious when you have to make rent payments. And don't kid yourself, FOMO was fueling most of these moves, not fundamentals.

You can explain the potential use cases, road maps, and pitch decks all you want, but if it comes down to putting food on your table or NFTs in your wallet, your family is going to eat.

Playing internet games with friends is fun when everything is going to the moon. It's a liability when the only rocket ship is your cost of living. And if you are the last one out of the game, you might find that your valuable "assets" weren't all that valuable after all.

But we were just investing in NFTs for the art, right? Right?

Snap back to reality. Ope, there goes gravity.