In Pursuit of Side Quests

There's more to the game than winning it.

Hello friends, and welcome to Young Money! If you want to join 10,140 other readers learning about finances and career navigation, subscribe below:

Today's Young Money is brought to you by beehiiv 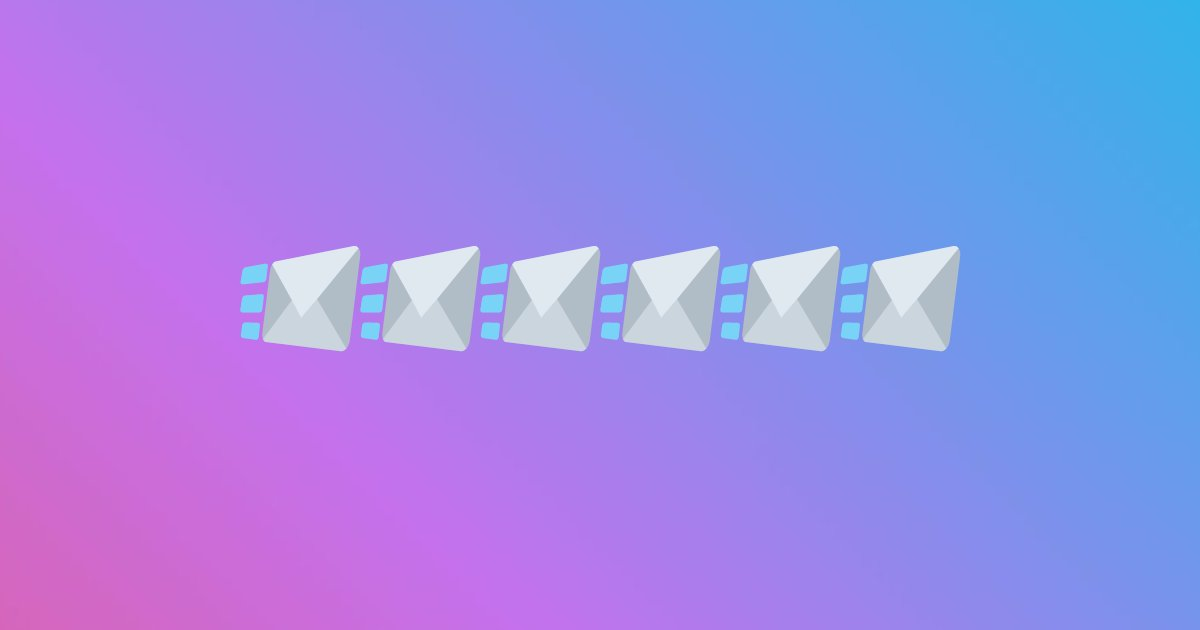 Young Money has grown from 2,400 to 10,140 readers since I switched to beehiiv six months ago, and that's no coincidence. Instead of writing some witty copy, I'm just going to tell you why beehiiv has been crushing the game, and how it has benefited me.

Beehiiv's cofounders, led by CEO Tyler Denk, previously worked for Morning Brew, where they scaled their audience from 100,000 to millions of readers. Pedigree matters, and the beehiiv team gets an A+ here.

I can segment my audience by acquisition source, signup date, open rate, and a dozen other metrics, and beehiiv hosts an internal analytics dashboard that renders Google Analytics pointless.

No other writing platform offers the same user-friendly experience with a Swiss-Army knife of tools to help creators, and the beehiiv team ships new product every single week.

Thinking about switching platforms? You can move all of your old content and your reader list to beehiiv in 15 minutes.

Whether you are a long-time writer looking for a new platform, or a new creator looking for the right place to start, you should check out beehiiv here!

I'm about to nerd out pretty hard for a second, stick with me. 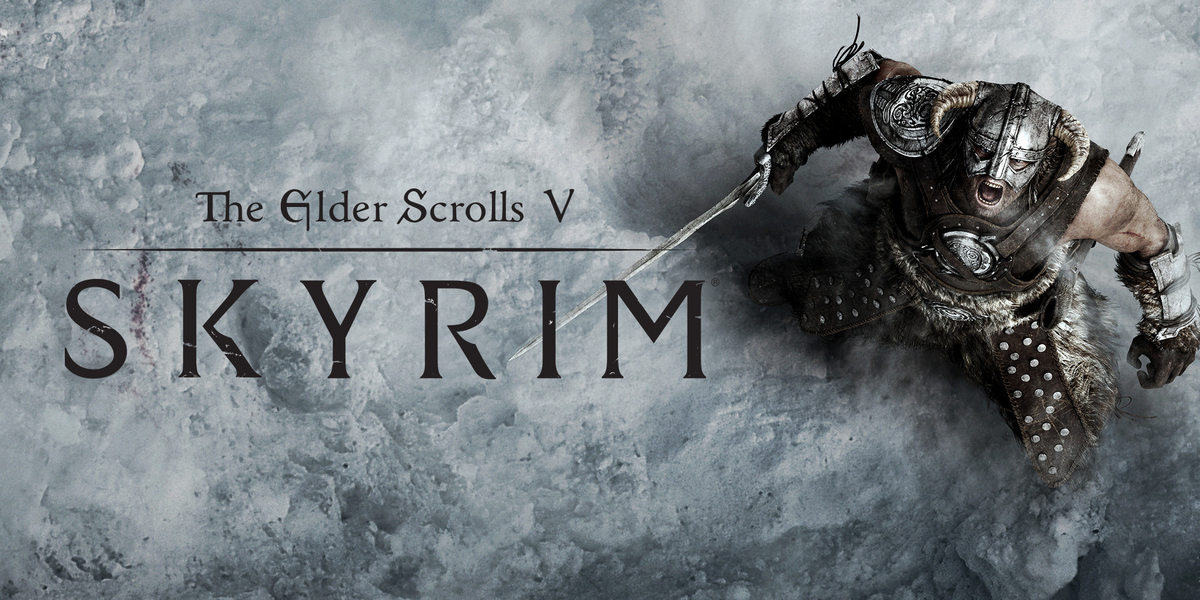 The central plot of Skyrim is the central plot of any good story with magical warfare. An all-power dragon has returned after a thousand-year slumber to destroy the world. The hero (you) is the realm's only hope to slay this beast.

On your path to eventually slay this beast, you must complete a series of missions, of quests, to develop your skills (and advance the plot) before you can fight this dragon.

Like any other world, real or imaginary, Skyrim has hundreds of cities and towns, and thousands of new geographies waiting to be discovered. There is a rich history of wars, revolutions, religions, and empires. Skyrim has poverty, politics, and greed. It has colleges that train wizards and cults that train assassins.

The primary plot may be a linear path to slay the big bad dragon. But playing Skyrim just to kill the dragon is a waste of the game.

I got so caught up in the side quests that I forgot about the central storyline.

Finally, after three months, I started working on the actual plot. It was cool, fighting dragons and stuff. But you know what was cooler? Hiding in the shadows with a crossbow and dagger. Starting wars by framing rival factions for the murders of each other's leaders.

I realized that the fun stuff was found in the side quests.

Side quests aren't a video game thing, they're a life thing.

Morgan Housel is a phenomenal finance writer. I think his book, The Psychology of Money, is the best finance book to be published in the last decade.

Morgan Housel was also never supposed to be a finance writer.

By the end of day one, that joy had disappeared.

Morgan quickly realized why investment banking paid so well. As he put it:

"The reason you can make a lot of money in investment banking is because it's one of the most sadistic industries that exists. The high pay is to compensate you for what amounts to a career of mental waterboarding.

Everyone who gets into the business knows you will work long hours. I was fine with that. What killed my spirit was that, more often than not, the reason you're working so hard under so much pressure isn't because there's that much work to get done. Rather, it's because the senior bankers put in long hours early in their career and feel like you should do the same to prove yourself."

So Morgan decided that investment banking probably wouldn't be the ideal career path, and he looked elsewhere. The next summer was 2007, and he landed an internship with a private equity firm.

"Private equity is the business of buying whole companies, holding them for a period of time while you fix them up, nourish them, strip out the inefficiencies, and then sell them. I loved it. I learned so much about business -- not just finance, but business. And since the firm was investing actual money that we'd be held accountable for, we really wanted to get things right, rather than selling inflated promises."

Private equity was a better fit than investment banking, and Housel looked forward to continuing with that firm after he graduated.

But something happened in 2007 that derailed his private equity career: a little blip in the economy known as the Great Financial Crisis.

That private equity job wasn't going to be there anymore.

Unfortunately, his USC graduation date didn't care about a recession! Like any other soon-to-be college graduate, Housel had to find a job.

Before leaving the private equity fund, Housel had to finish up a logistics project that included gathering information on a tiny public company called FreightCar America.

There was next-to-no information available about FreightCar America, except one article written on Motley Fool by a guy named Sham Gad.

Gad and Housel had incidentally met the year before (worth a read), and Housel emailed Sham to tell him how cool it was that he was writing for a publication. He also told him that he was looking for a new job. Anything.

“The Motley Fool is hiring writers,” Sham replied. “I can put in a good word.”

Housel proceeded to write for The Motley Fool for 10 years, before joining Collaborative Fund as a partner and publishing his book.

Housel was an econ major at USC destined to work in investment banking or private equity. Housel likely accepted that writing gig with The Motley Fool, that side quest, with plans to reapply to more traditional finance jobs once the economy recovered.

It's fair to say that Housel has achieved more success, or at least a more interesting career, in this side quest than he would have if the private equity job had worked out. At some point, the side quest became the main quest.

That's the difference between video games and real life. In video games, side quests have their limits. They only go so deep. You complete a few objectives, find a few treasures, and then they are finished for good.

There are no rules for how you have to do any of this. Sure, there are some plot lines that are easier to follow. The well-mapped career paths. The two years here, two years there, maybe a trip back to grad school, a few more promotions, and you make partner at your firm.

These plot lines with the high salaries and well-mapped promotion ladders? They are there for the taking. You can go slay those dragons whenever you want.

But the fun stuff, the interesting stuff? That stuff comes from the side quests.

With the main storyline, you know exactly what is going to happen. Everyone knows.

But the main story isn't your story. Like an actor auditioning for a role, you are following a script created by someone else. You are a passenger on someone else's ride. You can follow this path that someone else created, and you will know exactly what you need to do to land certain promotions and raises.

But it isn't your story.

You know how the main story ends before you read the first page. And it may be a phenomenal story! But the story is already written.

The side quests aren't preordained. You have no idea what's going to happen next. But that risk is part of the fun. You create the side quests just as much as they create you.

Sure, you can speed-run the main plot line and avoid everything else. But the point of the game is to enjoy playing the game. Not to reach some arbitrary finish line.

Do you really want to speed-run the greatest game ever created? Because that's what life is, after all.