25 reasons why traditional finance is wrong.

Hello friends, and welcome to Young Money! If you want to join 8215 other readers learning about finances and career navigation, subscribe below:

You can check out my other articles and follow me on Twitter too! (Pushed Monday's piece to Tuesday because of Memorial Day Weekend. I hope everyone enjoyed spending time with friends and family!)

Today's Young Money is brought to you by The Daily Upside!

The line between financial media and FOMO continues to blur. Clickbait articles fill social media feeds, Doom-and-gloom headlines are on CNBC 24/7, and there seems to be a new "get rich quick" investment scheme every week.

For actionable insights that hit my inbox every single morning, I turn to The Daily Upside.

From macro to markets, The Daily Upside breaks down the most relevant stories in finance and business. All signal, no noise.

There’s a reason 400,000 readers start their days with The Daily Upside, myself included. Sign up here at no cost. 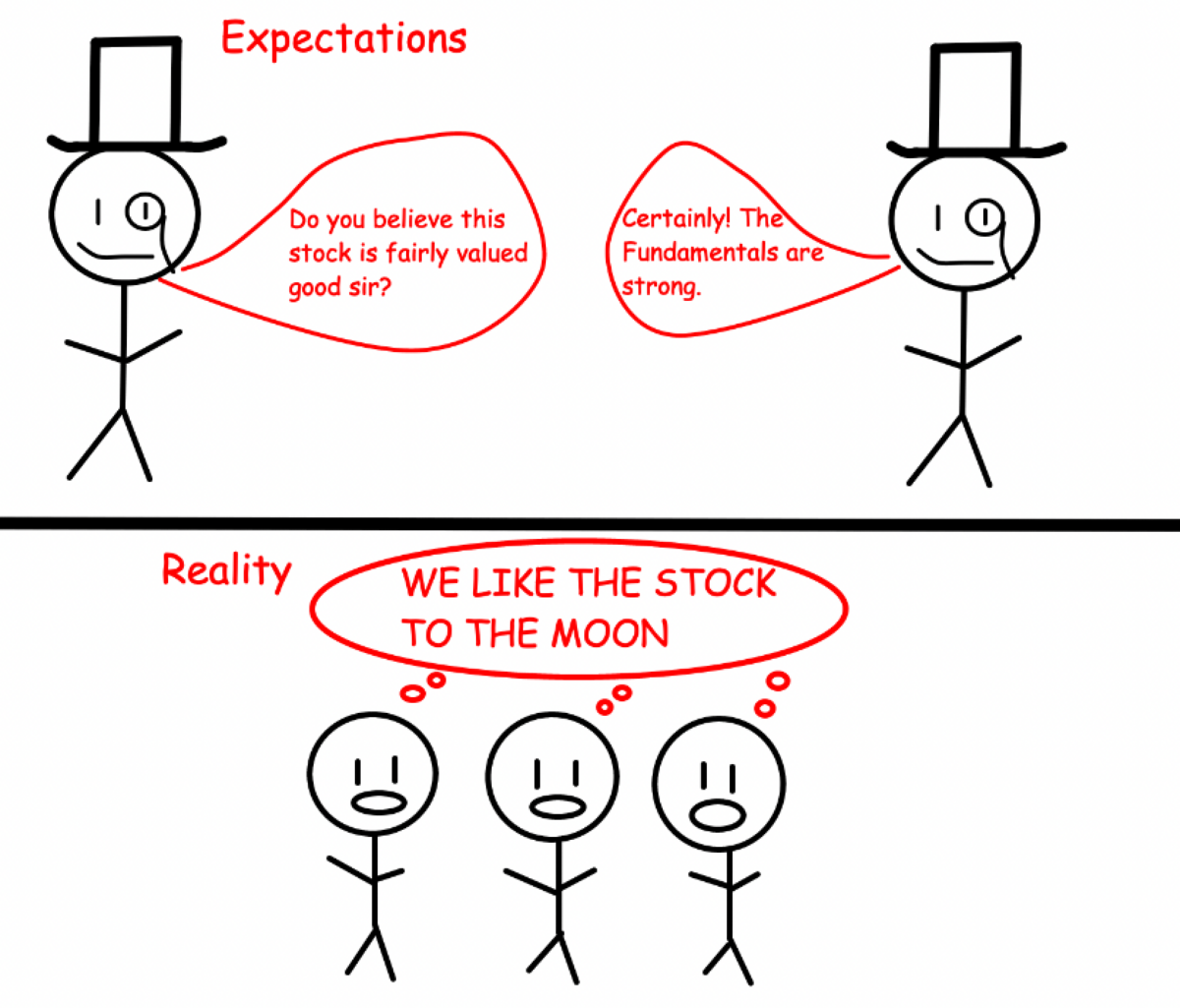 The Efficient Market Hypothesis is a hypothesis in financial economics that states that asset prices reflect all available information.

A direct implication of the EMH is that it is impossible to "beat the market" consistently on a risk-adjusted basis since market prices should only react to new information. Developed independently by Samuelson and Fama in the 1960s, the EMH has become a holy grail for investors and academics alike.

Today I am publishing my rebuttal. Ladies and gentlemen, I give you the Inefficient Market Hypothesis: 25 Instances That Prove Samuelson and Fama Wrong.

1) In 2020, a zero-revenue, electric battery/hydrogen-powered semi-truck startup, Nikola Motors, went public through a reverse merger with a SPAC. On June 9th, 2020, Nikola reached a market capitalization of $31B, making it $3B more valuable than Ford.

Nikola Motors was founded by Trevor Milton, a man with zero auto and engineering experience and a past filled with questionable entrepreneurial ventures. The company had no sales, no proprietary technology, and no working prototypes. It did, however, have a "gravity-powered" semi-truck and some computer-rendered images of a pickup, the Nikola Badger.

Investors wanted to find the next Tesla so badly that they turned this JPEG into a $31B public company. The Nikola Badger was the original NFT. 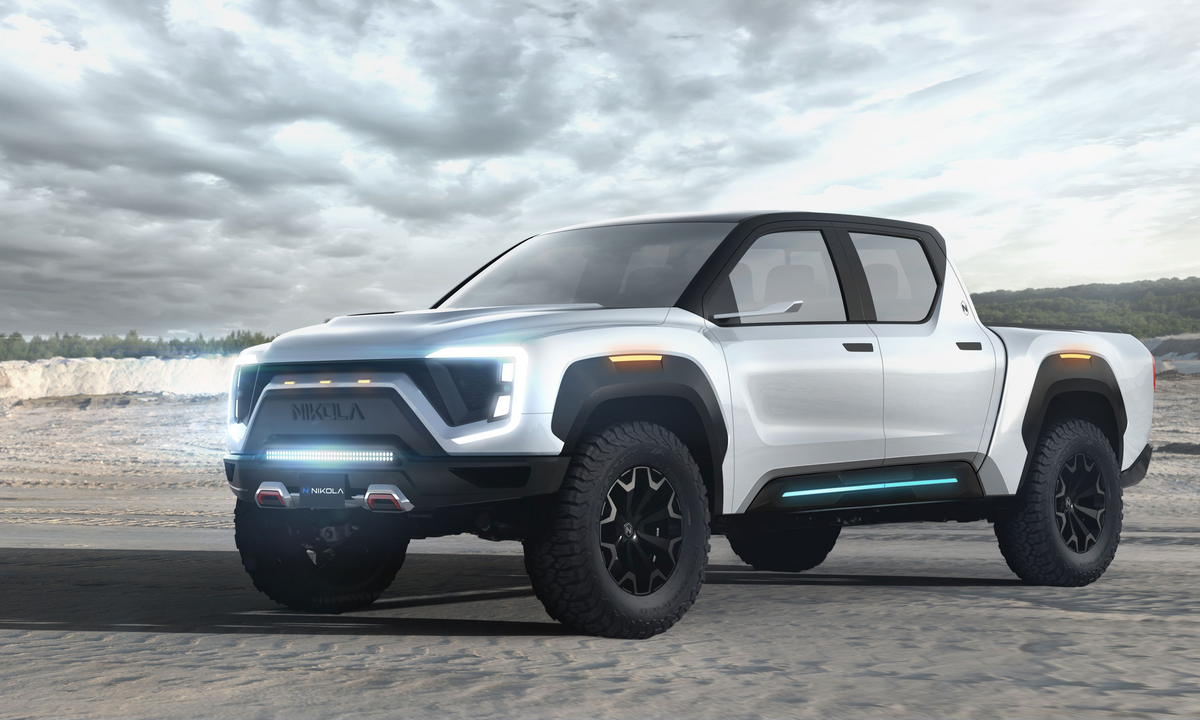 This company, whose founder was charged with three counts of criminal fraud for lying about “nearly all aspects of the business," is still worth $3B as a publicly-traded company with no product. 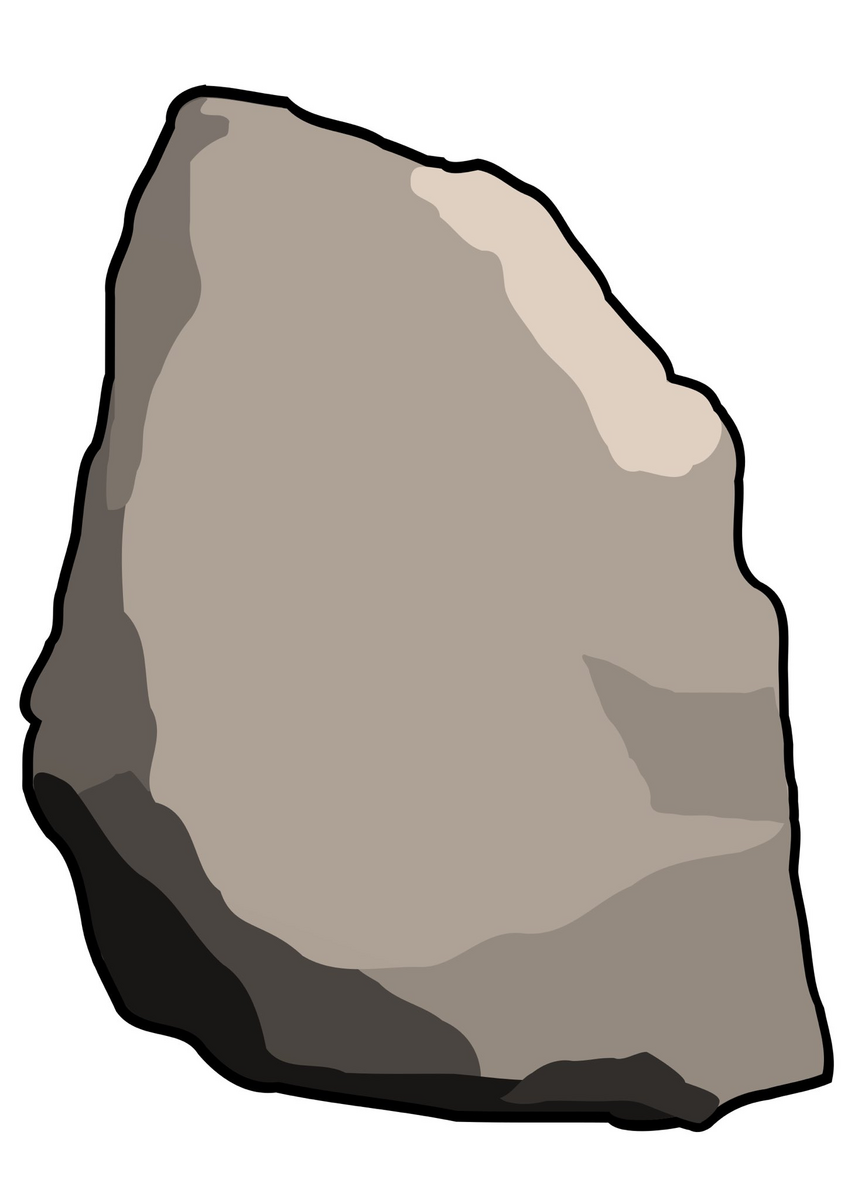 3) Dogecoin, a Shiba Inu-inspired cryptocurrency that was created to make fun of other cryptocurrencies, reached a near-$100B market capitalization last May largely because the world's richest man continued to pump it on Twitter.

This cryptocurrency still touts a higher valuation than both Vail Resorts, the biggest ski resort chain in North America, and Chewy, the largest Ecommerce dog food company in the world.

4) Speaking of the world's richest man:

Elon Musk has, in the last few years, claimed that he secured funding to take Tesla private at $420, used his Twitter account to disparage current Twitter management after making a deal to buy the whole company, and repeatedly punked the SEC.

Every time Musk hits "send," tens of billions of market value are created and destroyed.

5) And speaking of Chewy, its founder, Ryan Cohen, may or may not have sparked the short squeeze that sent GameStop's stock price from single digits to $400+ in two months after he took an activist stake.

The short squeeze turned Reddit user "Deepf*ckingvalue" into a multi-millionaire and folk hero. Seriously, the dude even has a Wikipedia page now.

6) Cohen's $GME short squeeze paved the way for another meme stock: AMC Theaters. In one of the more interesting market developments of 2021 (which is quite the statement), a left-for-dead movie theater chain that did not have an obscene level of short interest jumped 1000%, letting insiders cash out for millions.

AMC's stock now has a cult following, with many "investors" believing that it is their moral prerogative to buy the stock. Seriously, there's a Reddit forum dedicated to AMC's stock. Weird stuff.

7) I sold my used 2016 4Runner with 90k miles for more than its purchase price last fall. Used car markets are markets too!

8) A "stable-coin" whose value was tied 1 to 1 with the US Dollar became quite unstable, dropping to $0.03 per coin and erasing $18B in market capitalization overnight. Of course, 1 US dollar is still 1 US dollar. But why use dollars when you can use internet coins that are tied 1-1 with dollars? Can't go tits up. 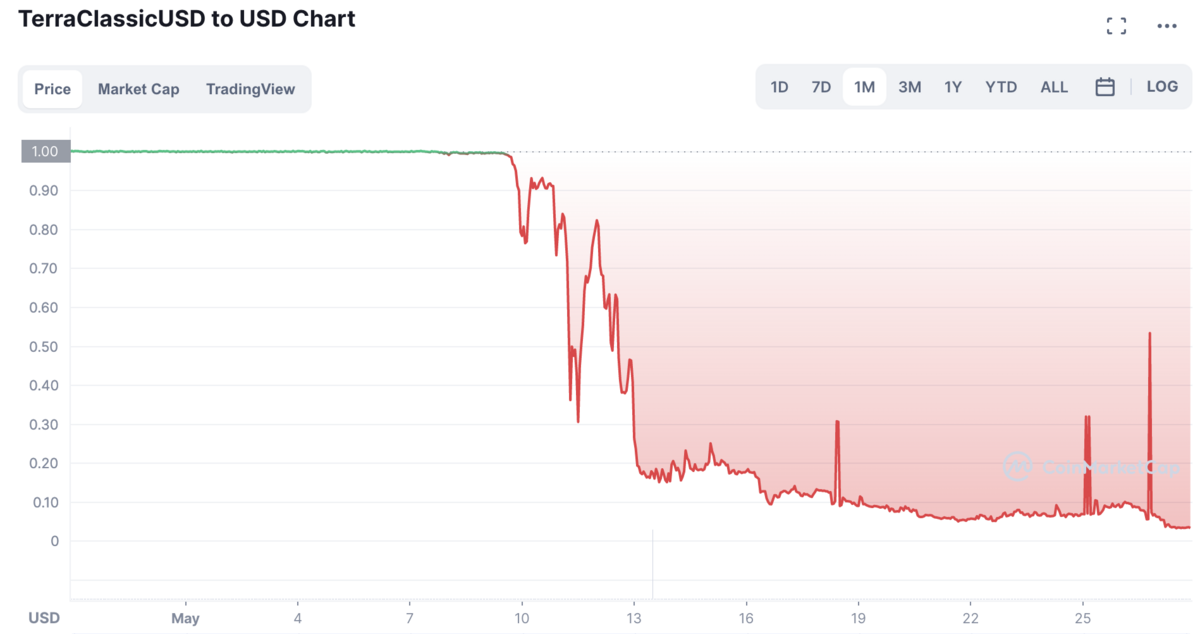 9) In 2020, Ark Invest would publish its daily trade log for its email list. Stocks that they purchased would rip 10%+ after hours, just because Ark had made a purchase. In 2022, Ark's flagship ETF has now underperformed cotton since its inception.

11) Donald Trump took a social media company that doesn't exist public through a SPAC, creating more wealth (on paper) through this transaction than he had made in his entire career through real estate.

12) The existence of TikTok finance influencers.

My guy over here admitting to mortgage fraud lol.

14) The world's biggest streaming entertainment company lost the GDP of Greece ($220B) in market value after its first-ever decline in subscribers.

15) Pretty much every tech IPO of the last two years is trading below its IPO price.

16) Humans love speculating to the point of insanity. The Dutch bid tulip bulbs up by 5000%, Isaac Newton himself lost his shirt on the South Sea Bubble, plantation owners speculated on the prices of slaves in antebellum New Orleans, strippers took out a dozen mortgages in 2008 (according to The Big Short, anyway,) and in 2022 investors speculators throw money at all sorts of stuff. Different eras, different players, different pieces. But the game never changes.

17) We suck at evaluating luck vs. skill, and we make poor decisions because of it. Markets are only as efficient as their participants, and I think the last few years have shown everyone that participants are far from rational.

Being Right for the Wrong Reasons
The psychology of accidentally getting rich.
www.youngmoney.co

18) A pandemic caused the fastest market decline in history, which was followed by the fastest recovery in history as market participants realized that maybe lockdowns were bullish for large-cap tech companies that benefit from remote work. (Plus the Federal Reserve printed some money.)

But many of the companies that benefited the most from Covid are now trading below their March 2020 prices two years later because they improved too much too fast, that growth rate wasn't sustainable, and now they are all obviously going to zero.

19) Benjamin Graham, the father of value investing, realized greater profits from his one investment in GEICO than from the rest of his portfolio combined.

21) The entire world has declared sanctions on Russia due to its invasion of Ukraine. The result? After a brief crash, the Ruble is now trading at a two-year high. 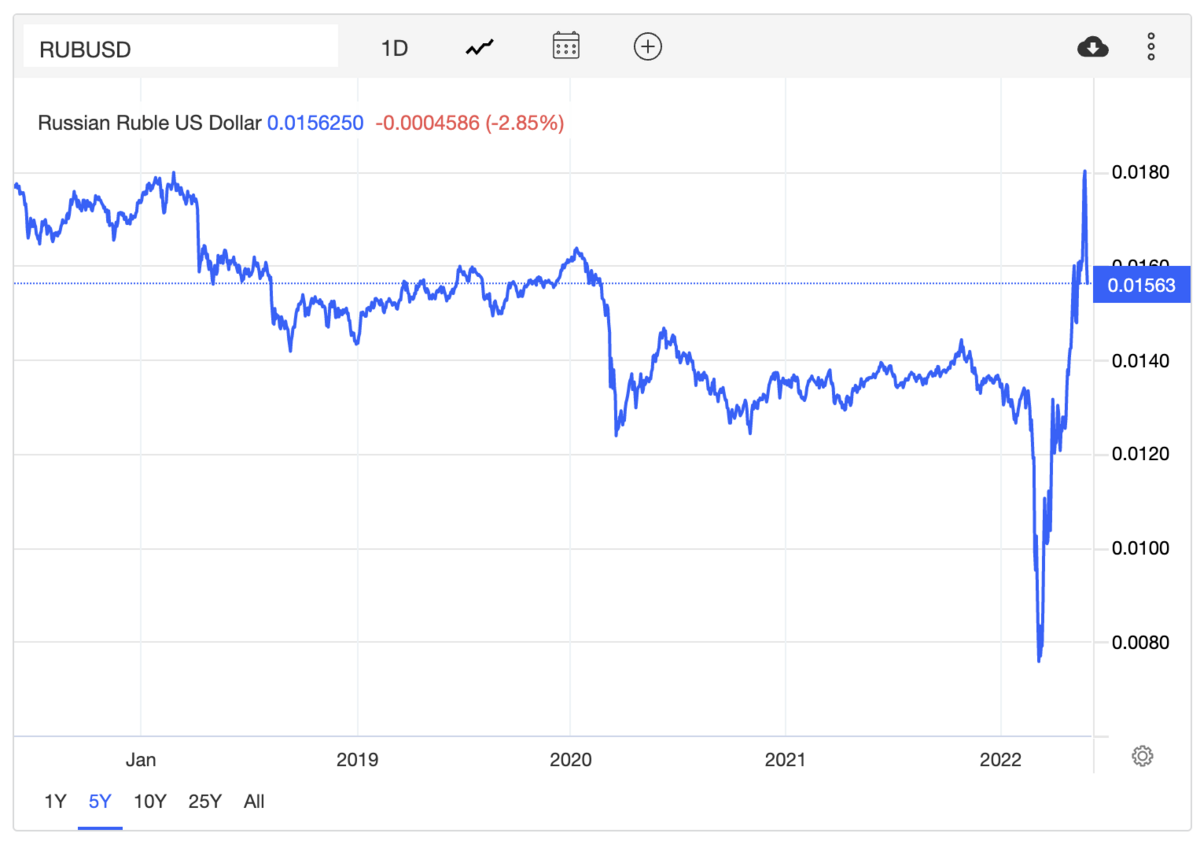 22) Some people still think that gold is, unironically, a good investment, even though it was worth more 42 years ago. 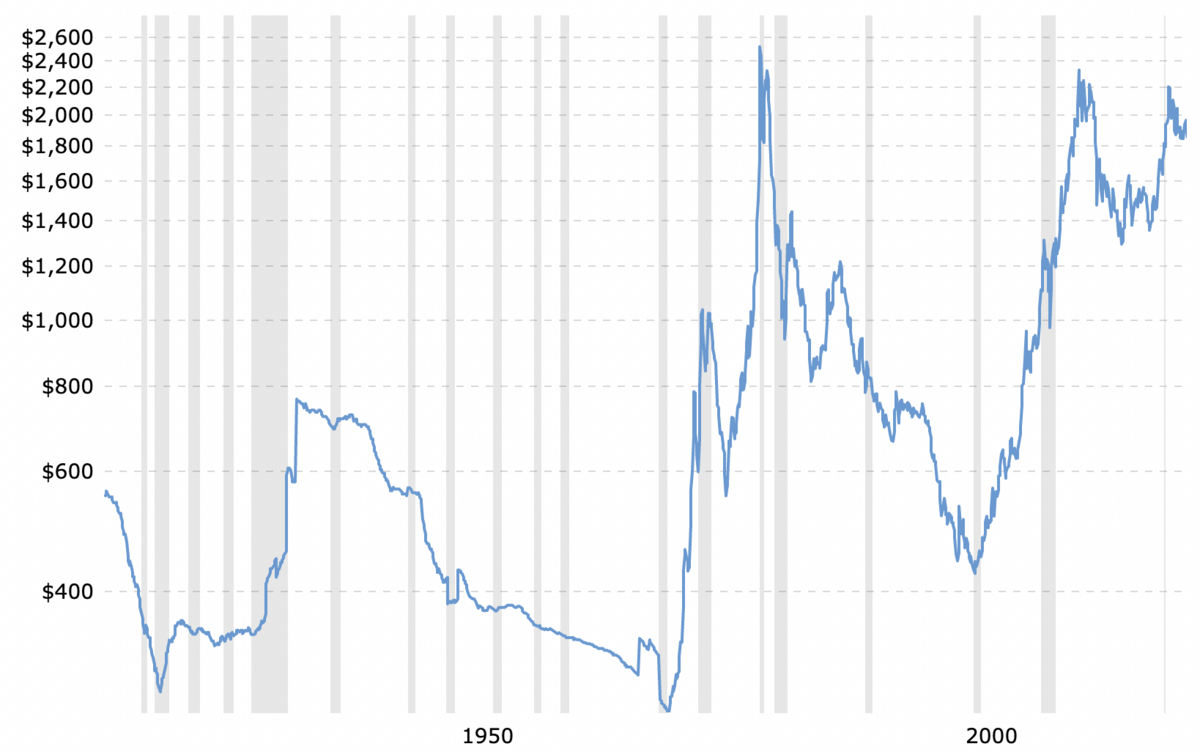 23) For about nine months, Chamath Palihapitiya created billions in market value for his SPACs by tweeting out a word doc with a few bullet points about his investments. 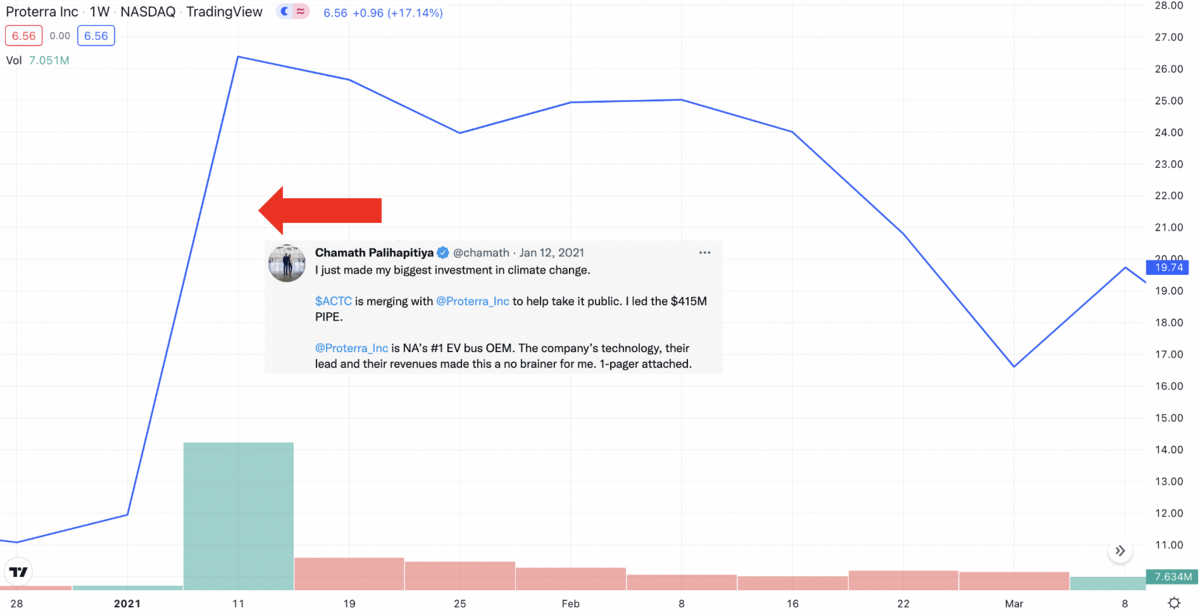 24) There has been a lot of talk about money printing-induced inflation this year, but dollars ended up being one of the best inflation hedges.

25) Inversing Jim Cramer is a source of infinite alpha.

After those 25 examples, do you really think markets are all that efficient? Class dismissed.