Narrative violation: your hard work doesn't entitle you to anything.

Hello friends, and welcome to Young Money! If you want to join 2660 other readers learning about finances and career navigation, subscribe below:

America is incredible. A country that rewards builders, creators, and risk takers who achieve great things. Our country is built on the backs of entrepreneurs like Ford, Vanderbilt, Rockefeller, and Carnegie. This is one of the few places in the world that still takes pride in grit.

There is a common element in all of America's success stories:

Here is an inconvenient truth: Your hard work doesn't entitle you to anything. It doesn't guarantee you success. A promotion. A new job. Nothing. We want to believe that if we put in the hours, good things will happen. Everything will work out in our favor. But that's not how this game works, is it?

Yes, hard work is necessary for success. No, it does not guarantee success.

Here is how we think our hard work will play out. 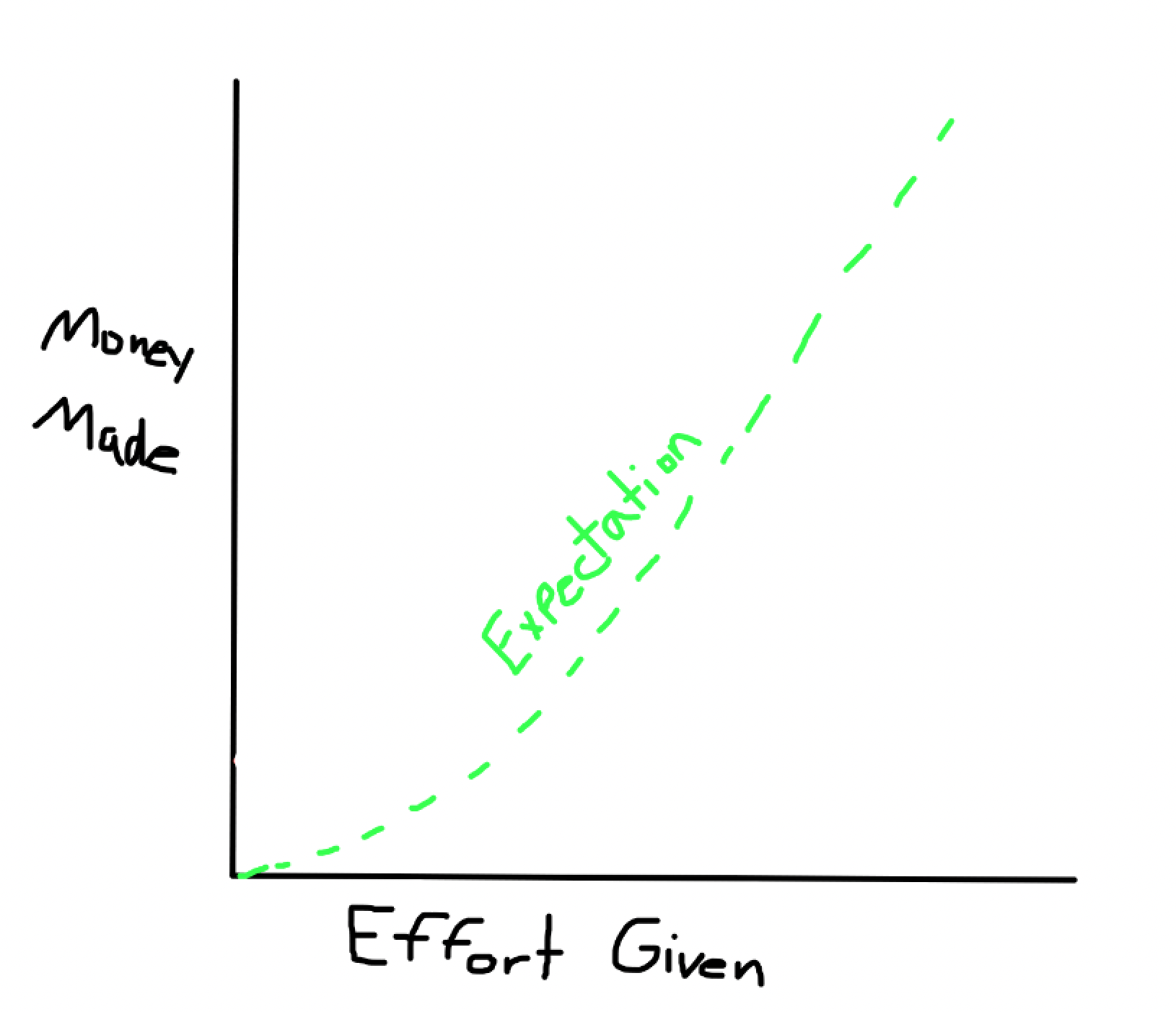 X effort over time will yield Y money. But anyone who has spent hours grinding away at something just to receive nothing knows that this isn't realistic.

Here is how our efforts often play out. 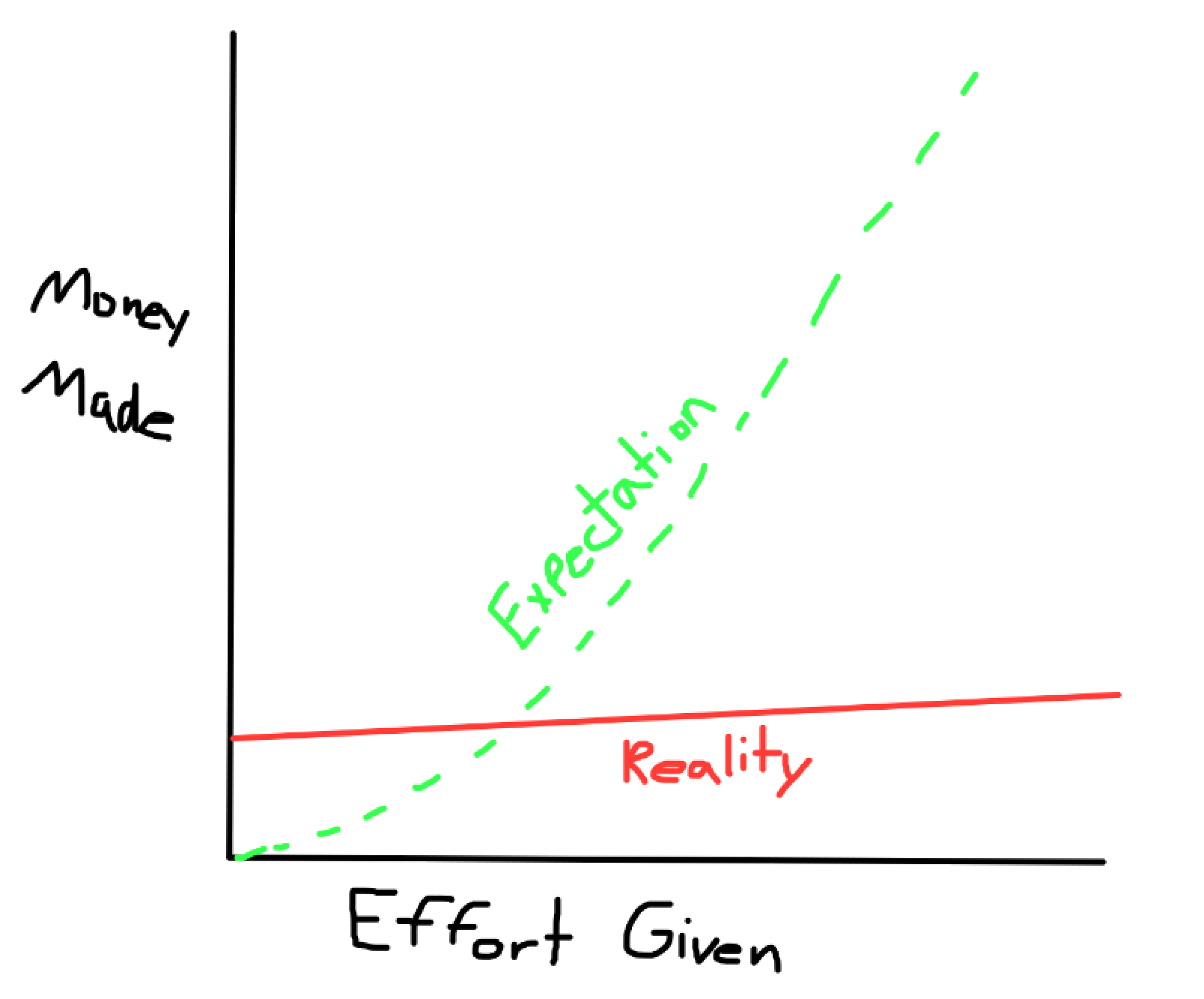 What gives? As humans, we want our efforts recognized because we know how hard we worked. "I busted my ass on this. I deserve to reap the rewards," we think. We mistake our activity for productivity. Likewise, we falsely assume that inactivity is laziness. But there isn't a 1:1 correlation between activity and outcome.

Because you are paid for the value you provide, not the work you put in. 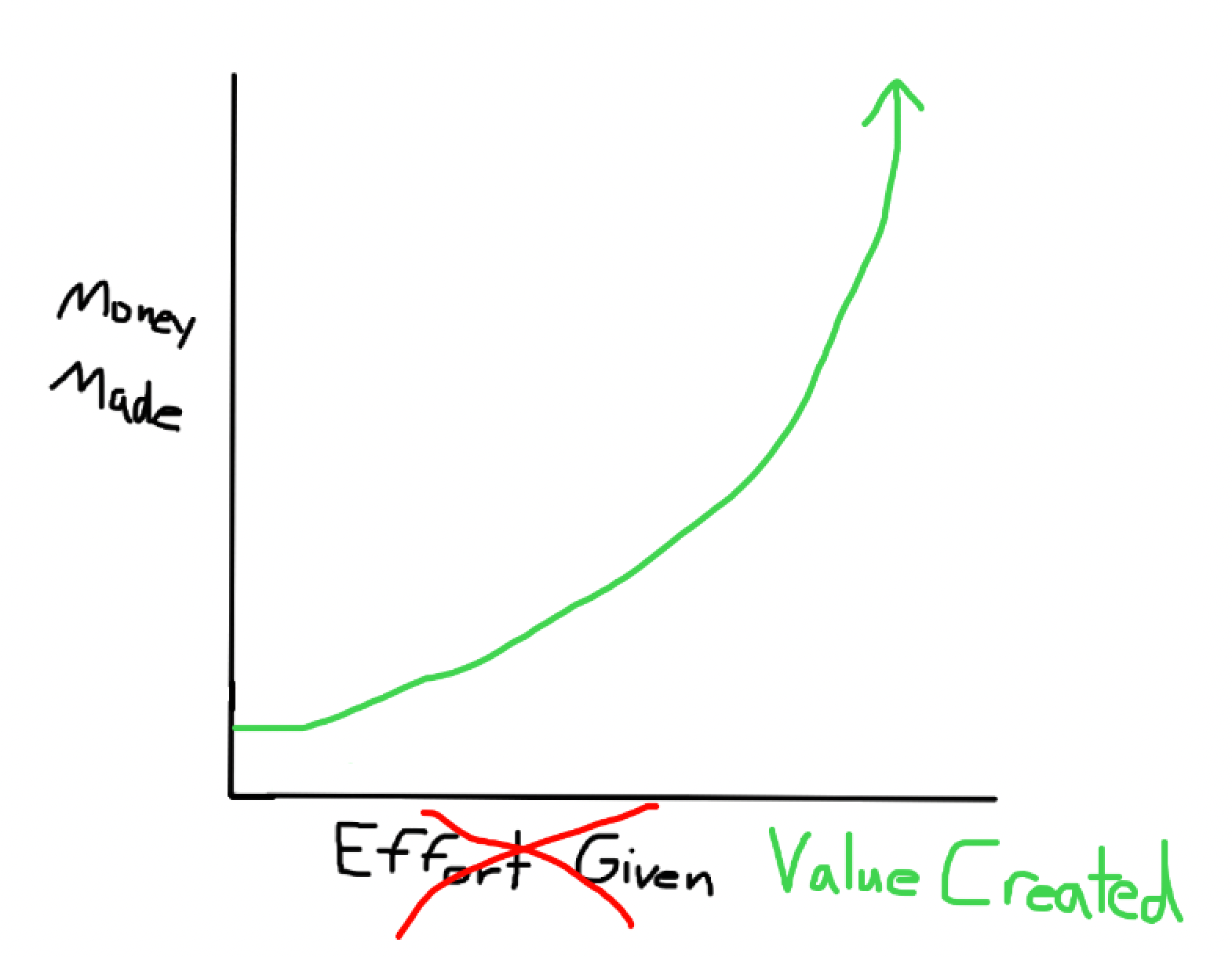 This value comes in many forms, and value is subjective. One paragraph can be worthless to one person, and worth $10,000 to another. How is it used? Where is it written? Is there an audience?

This raises the question, how do I create value?

You have to be both accurate and precise. 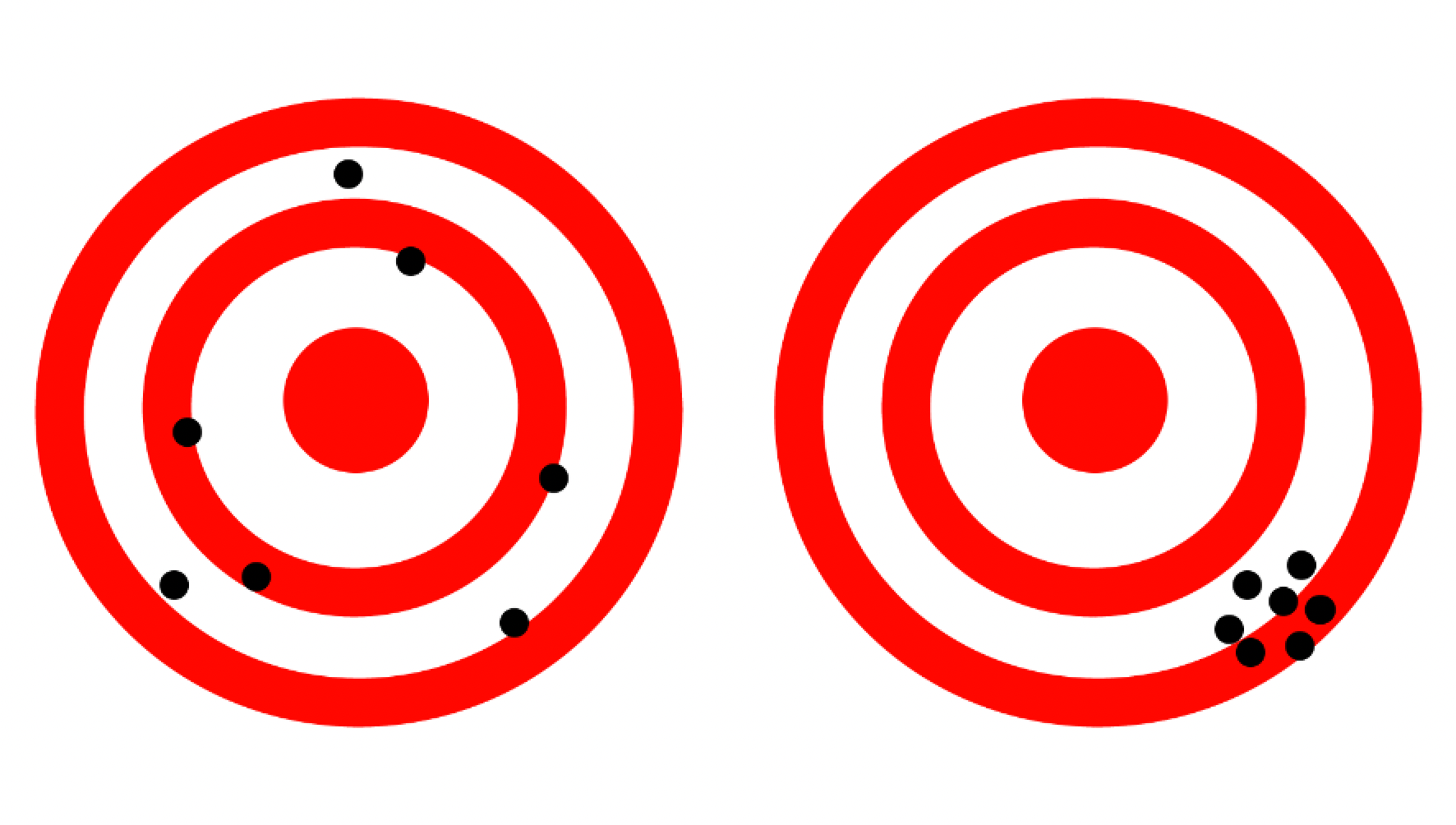 The key is precision in the right area.

Jack of All Trades examples are easy to think of.

I played defensive end on my college football team. I could have spent hours and hours running routes, throwing, and blocking. It would have made me a well-rounded football player, I guess. But I would have been a terrible defensive end.

I needed to focus on strength and quick twitch speed. Pass rush and defeating blocks. Specialized traits that would benefit me on Saturdays. A Jack of All Trades isn't worth much in a game of 22 specialists. Precision is paramount.

But precision is difficult to discern.

What if you are precise, but you aren't accurate?

As you know, I write two Young Money articles each week. I started with less than 200 subscribers last summer, and I'm closing in on 3,000 now. It has been really cool watching this thing grow. Kudos to you all, let's keep it rolling.

What you probably don't know, is that initially I had very different writing plans. I wanted to write a book.

Why did I want to write a book?

Flashback to last spring. I had been trading all sorts of stocks and SPACs, and I made good money doing so. One day I had an epiphany. I have learned a ton about public markets. I can probably get paid to write about this stuff online.

So I googled "How to make money writing about stocks".

It turned out that Seeking Alpha would pay an average of ~$110 per article. So I started hammering out articles in my free time. Easy money.

And then I started writing satire for a finance site. Soon enough I was putting out content on the two sites every week. Writing, writing, writing.

What is the end goal of every writer?

Write a book. I read lots of books. And now I was publishing content online. So I decided that I should write a book. What would I call my book?

It was perfect. I was going to write about 20 of the most irrational things that I had seen in markets over the last two years. I outlined 20 chapters, including the day oil went negative, the GameStop short squeeze, Bill Hwang blowing $20B in two days, and how Robinhood gamified investing.

It was going to be the perfect book. I worked on it week after week. Until 23,000 words in, a thought dawned on me.

Who was going to buy this book?

I had no social media following to speak of. My Seeking Alpha articles hardly made me a household name. Not a chance any publishing house would take me.

If a tree falls in the forest and no one is around to hear it, did it make a sound? If I write a book that no one reads, did I write anything? 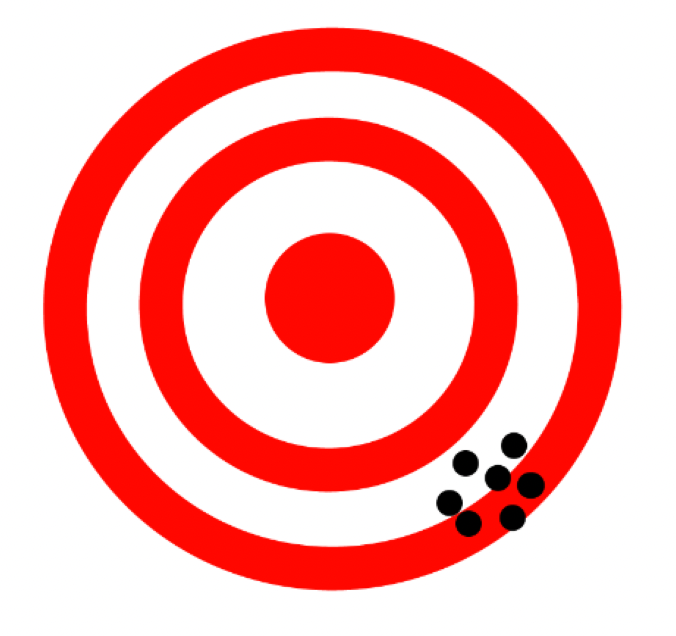 After this realization, three things happened that shifted my writing focus.

Packy published a 2x weekly newsletter, Not Boring. He wrote compelling stories about themes within tech & investing as well as deep dives about interesting companies. Packy was also making a living from his work.

Morgan wrote the best selling finance book of last year, The Psychology of Money. A lot of Morgan's ideas in this book came from his older blog posts online.

Don't write a book in private and then try to force it on the world. Write chapters in public and let the world come to you.

Writing a book with no audience was a recipe for disaster. It would take the same effort to publish one article online a couple of times a week as it would to write 20+ chapters in private. But by publishing online, I could build an audience. Receive real time feedback. Possibly monetize my work if my audience grew enough. And eventually I could pull together my articles to create a book. 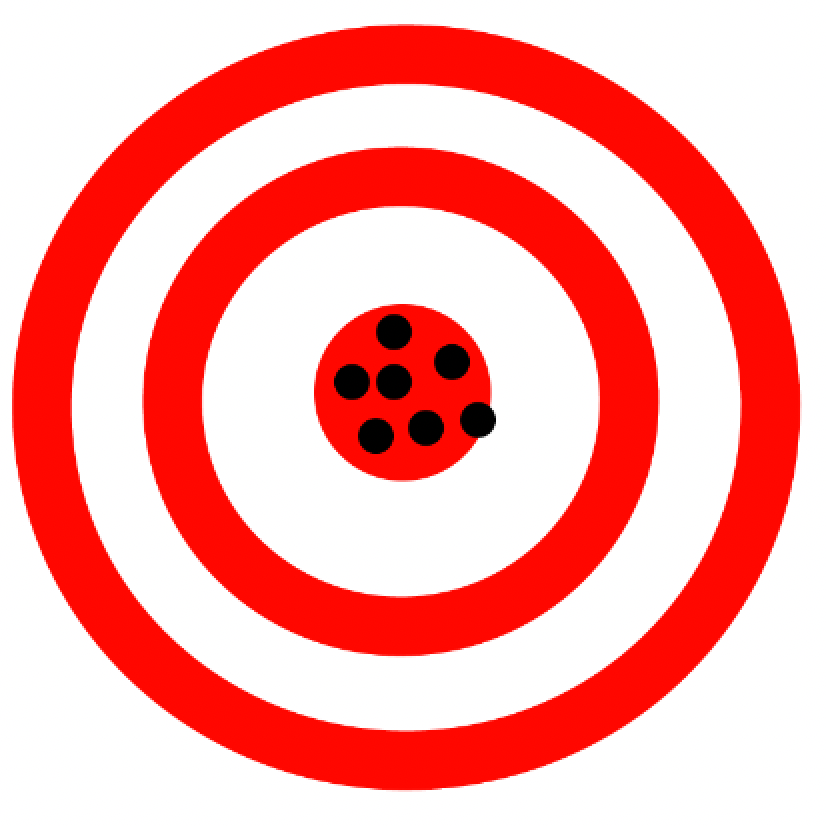 This idea of effort vs. value doesn't just apply to your career. It applies to your portfolio.

Imagine that you have $100,000 right now. You are presented with two investment options for the next 40 years.

Choice A. And it's not even close.

In reality, no one is going to give you $50,000 a year to store in the bank. But you will need to make decisions with your money. Sure, you can grind countless extra hours over the course of your career to match market returns with cash.

Or you can invest.

The idea of creating value isn't simply a labor concept. Investing capital is a critical component of creating value. That's literally what happens when stocks go up. Put that money to work.

Expecting ambiguous effort to yield incredible results is a recipe for disaster in both your career and your finances.

You want to outperform? To land that job? Start that company? Get that promotion? You have to find ways to create value in your field. It's not easy; it's a long game of experimentation. But it is the best way to get the results that you desire.

If you want to get ahead financially, you can't rely on saving every paycheck either. Make money, figure out where to invest your money, and create value.

If you create value in your career and your portfolio, you will be better than most 🤝

That's all for this week. I'm skiing in Breckenridge til Monday. Catch you guys next week!