The Benefits of Boring

The compounding effects of monotonous consistency.

Hello friends, and welcome to Young Money! If you want to join 8525 other readers learning about finances and career navigation, subscribe below:

No sponsors today, but I wanted to share a few things that I've been reading before I get started.

Conor Mac writes one of my favorite newsletters: Investment Talk. On Sundays, he shares intriguing market trends and his favorite podcasts and articles from the last two weeks. However, his most interesting pieces are his interviews and business breakdowns. I recently found a post from last year where he interviewed an OnlyFans creator who was making $1.4M per month. For anyone interested in the economics of the lust economy, I found this piece super revealing (pun fully intended.) Check it out here.

I've been on a reading binge lately, which led to me finding "Alex & Books" on Twitter. Alex has built a personal brand out of helping people find great stuff to read. I dug through Alex's website and ended up downloading several of his favorite books from the last few years. Currently reading "Nobody Wants to Read Your Sh*t" after seeing it on his list, actually. Alex also publishes a weekly newsletter that provides three insights from a new book each week. I signed up last month, and so far his recommendations have been A+. If you are constantly looking for a new book, check out Alex's newsletter. 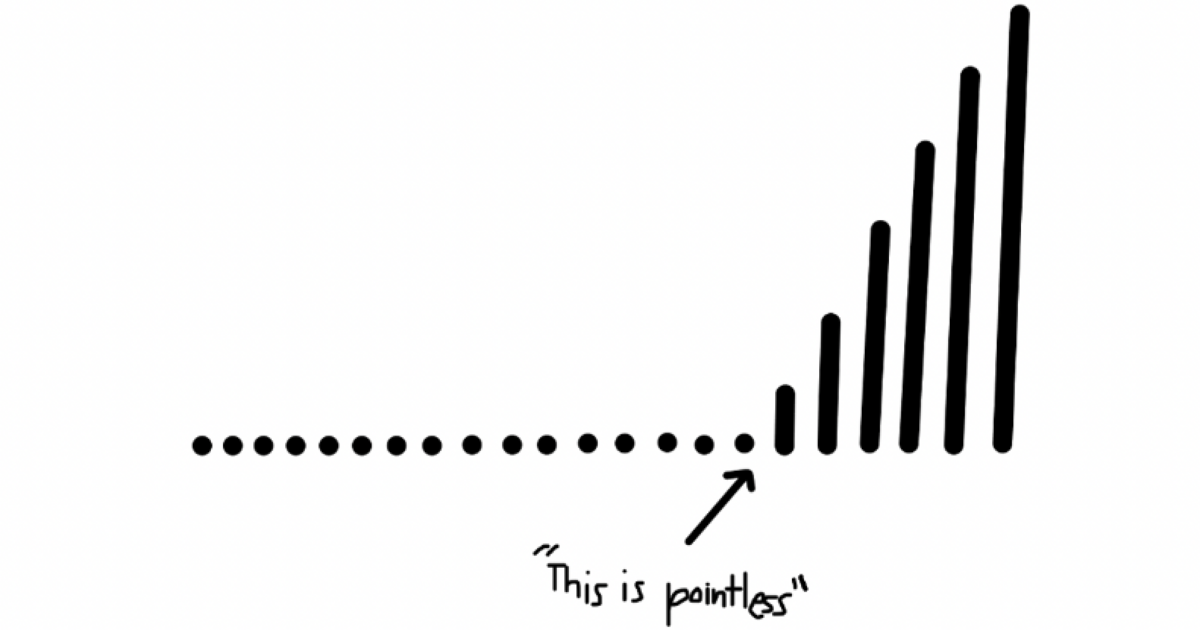 I wasn't motivated to write today's piece. In fact, I'm almost never "motivated" to write anything.

Right now, as I'm writing this paragraph, it's a Sunday afternoon in Sevilla, Spain. Last night, I was out until 3:30 AM with some Americans I met yesterday. This morning, I woke up in a twin bed of an 8-person hostel dorm. It's 90 degrees, and the air conditioning isn't running.

I'm hungover, sweaty, and my brain is half-scrambled.

So no, I'm not motivated to write. In fact, writing doesn't crack the top 100 things that I want to do today. But here I am, writing this piece anyway.

Motivation is a poor barometer for progress. In reality, what you do when you *aren't motivated* is far more indicative of your success.

In What They Don’t Teach You at Harvard Business School, Mark McCormack tells an interesting story about Pablo Picasso.

It always reminds me of the story about the woman who approached Picasso in a restaurant, asked him to scribble something on a napkin, and said she would be happy to pay whatever he felt it was worth. Picasso complied and then said, “That will be $10,000.”

“But you did that in thirty seconds,” the astonished woman replied.

“No,” Picasso said. “It has taken me forty years to do that.”

The woman saw the creation. She didn't see the creative process. She saw the product. She missed the production.

This interaction is a microcosm of our warped view of success today.

Our modern era of instant gratification and sensationalization amplifies outcomes and overshadows processes. We see the end results without the journey.

We see touchdown passes and Super Bowls. We don't see the thousands of meticulous reps in the offseason.

Success isn't the result of highlight-reel performances. Success is the boring, monotonous reps that precede the highlight reels. Success is what you don't see.

To be in the top 1% of pretty much anything, you don't have to be all that talented. You just have to be a bit more stubborn than your competition. Take this Jack Butcher tweet on podcasting, for example.

To be in the top 1% of podcasts in the world you only need to publish 21 episodes."

Survival is a much better predictor of success than skill. A personal anecdote on this:

I made ~$10,000 last month from writing alone, and I expect that number to keep climbing. Pretty cool, no? Write blog posts, and generate money from sponsors! Do freelance copywriting for companies! How cool is that?!

Now let's look under the surface.

At 2,000 words per article, that is 7 months of writing and 108,000 words published before I made a dime. Include the travel blog and some other miscellaneous content, and you can bump that to 200,000 words without earning anything.

If you received zero compensation and minimal recognition after writing 200,000 words, would you write 200,001 words anyway?

My moderate success as a writer has little to do with my God-given ability to eloquently put words on the internet, and a whole lot to do with my stubborn routine of hitting "publish" at 7:30 AM every Monday and Thursday for 11 months.

Those boring, repetitive actions are the price of admission if you want to succeed at literally anything. Athletes, musicians, writers, lawyers, linguists, programmers, it doesn't matter.

The Lindy effect (also known as Lindy's Law) is a theorized phenomenon by which the future life expectancy of some non-perishable things, like a technology or an idea, is proportional to their current age. In simple talk: the longer the something has been around, the more likely that it will continue to be around.

The internet is Lindy. Email is Lindy. Queen Elizabeth, so far, appears to be Lindy.

This Lindy effect applies to our actions, too.

We have this idea that to build anything (a startup, side hustle, blog, YouTube channel, whatever,) we need to have a fully thought-out, A-Z plan to follow and execute. But anyone who has ever built anything knows that this couldn't be further from the truth.

You don't succeed by following a 10-year plan created before launching your product. You succeed by capturing feedback and adapting your work for extended periods of time. Once you have developed a rhythm (homeostasis), you can focus on improving your craft. A writer can experiment with different marketing methods for their newsletter. A video producer can see which of their videos get the most engagement. A football player can test different moves at practice.

You drop what sucks, double down on what works, and repeat.

As a content creator, one person/publication/channel sharing your work could 10x your viewership overnight, bringing you thousands of new subscribers. As a high school athlete, one outstanding performance at a college camp could land you a scholarship offer. These massive payoffs are the "goals." The acts of publishing pieces and competing in camps are the "shots."

The Pareto Principle states that 80% of your outcomes are driven by 20% of your causes. In this case, 20% of the shots yield 80% of the goals.

It's a numbers game: as your shots on goal increase, the probability of scoring approaches one.

Publishing more content gives you more chances for the right person to see and share your stuff. Attending more camps gives you more opportunities to impress a college coach.

Shooters shoot, as they say.

It doesn't matter if you are a weightlifter, writer, hedge fund manager, programmer, or musician. Your success, or lack thereof, will be determined by your ability to do ordinary things for extraordinary lengths of time.