We're headed south of the equator this fine Monday.

Hello friends, and welcome to Young Money! If you want to join 7,090 other readers learning about finances and career navigation, subscribe below:

Today's Young Money is brought to you by International Intrigue! 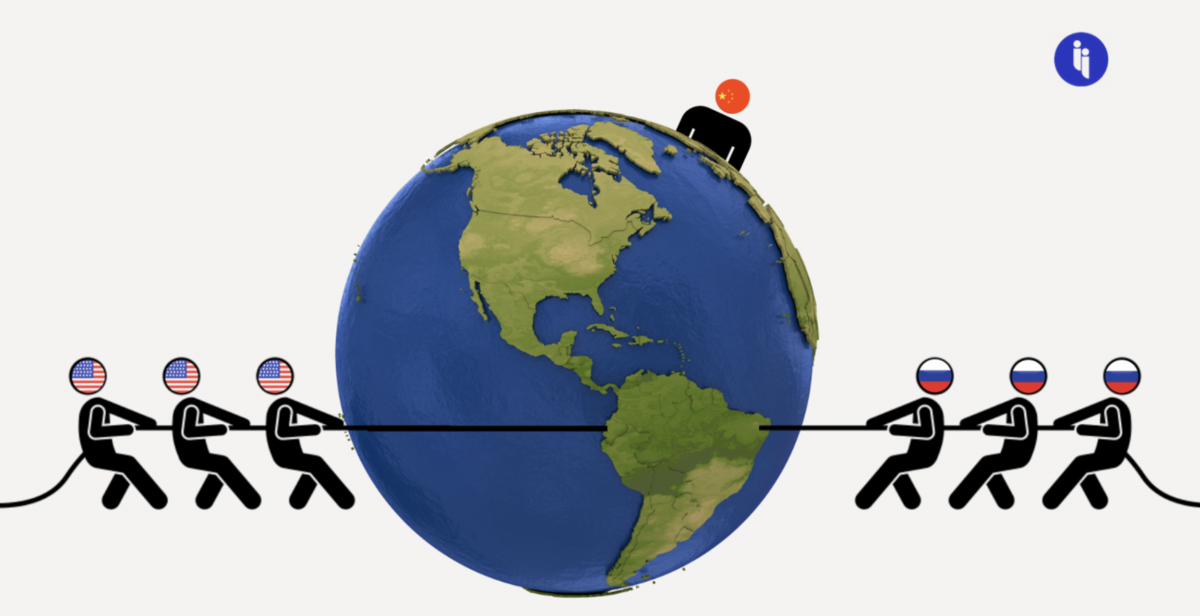 Understanding your world doesn’t have to be boring.

Who sits down to watch the news every morning anymore? Or comb through the entire Economist while commuting? The chances you carry around a folded-up NYT with you are pretty low, too.

But, the world still turns. Events halfway across the world are impacting us wherever we are. No more Russian gas? There go your bills. Massive ship blocking the Suez Canal? You probably didn’t want those packages anyway.

Check out International Intrigue, a global affairs newsletter created by former diplomats to help the next generation of leaders better understand how geopolitics, business, and technology intersect.

If you want to try before you subscribe, check out a recent piece here. 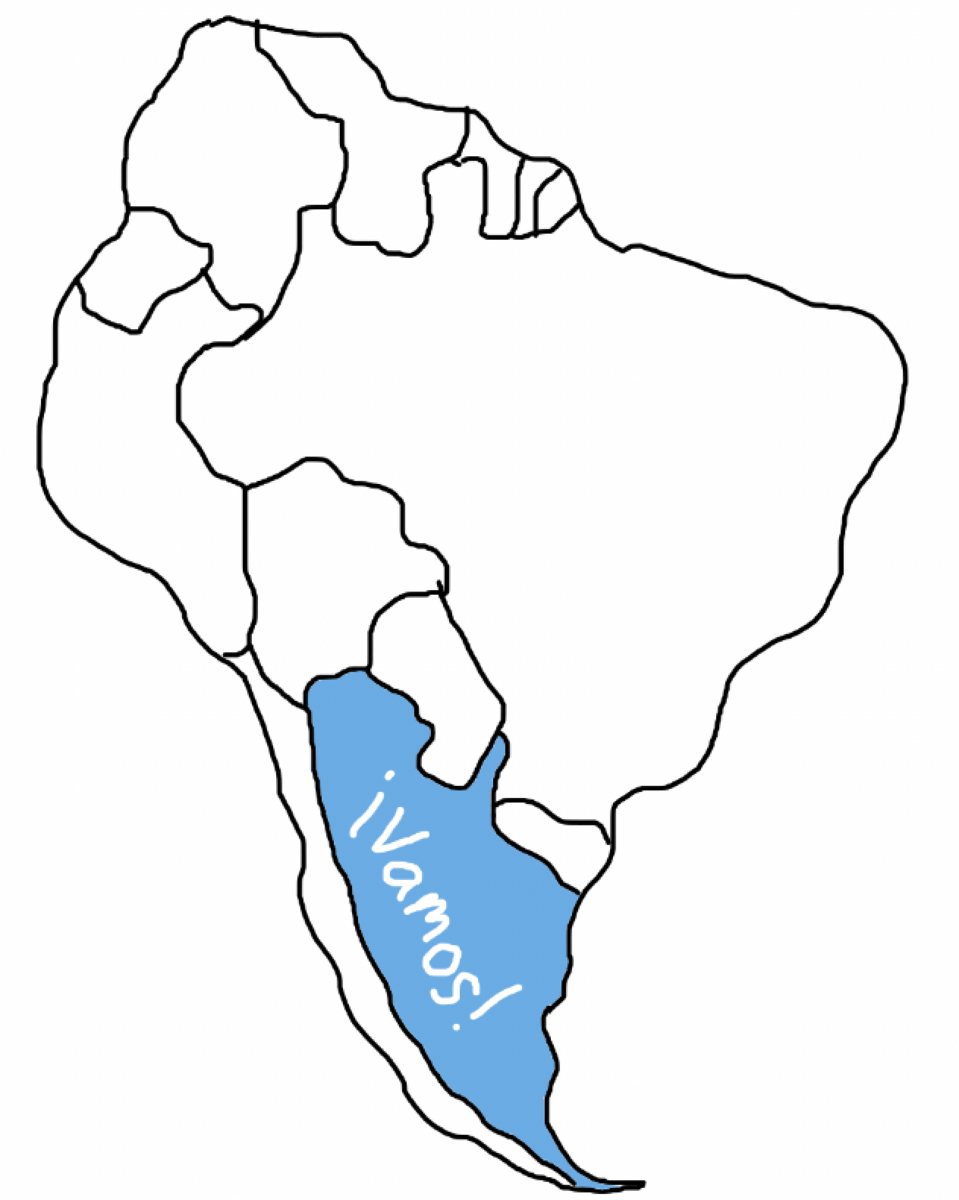 The stock market is in free-fall, interest rates are rising, inflation is rampant, there's a war in Ukraine, and we're all gonna die. Probably. This seems to be the prevailing sentiment on the internet lately, anyways.

Instead of writing about the stock market, spending habits, or opportunity costs, I'm taking a different angle with today's piece: we're going international. Most of what I write about, especially when it relates to money, is based on my perspective as someone living in the US. However, the world is a lot bigger than just the US, and our reality of 401ks, stocks, bonds, and real estate is not shared by everyone.

I spent most of February and March in Argentina, and this South American nation quickly captured my heart. Argentina is a diverse nation with cities, mountains, beaches, glaciers, and waterfalls. You can go skiing in July, catch a ferry to Antarctica in January, and hike through the Patagonia year-round. The people are as kind as they are beautiful, the food is phenomenal, and the geography is second-to-none. 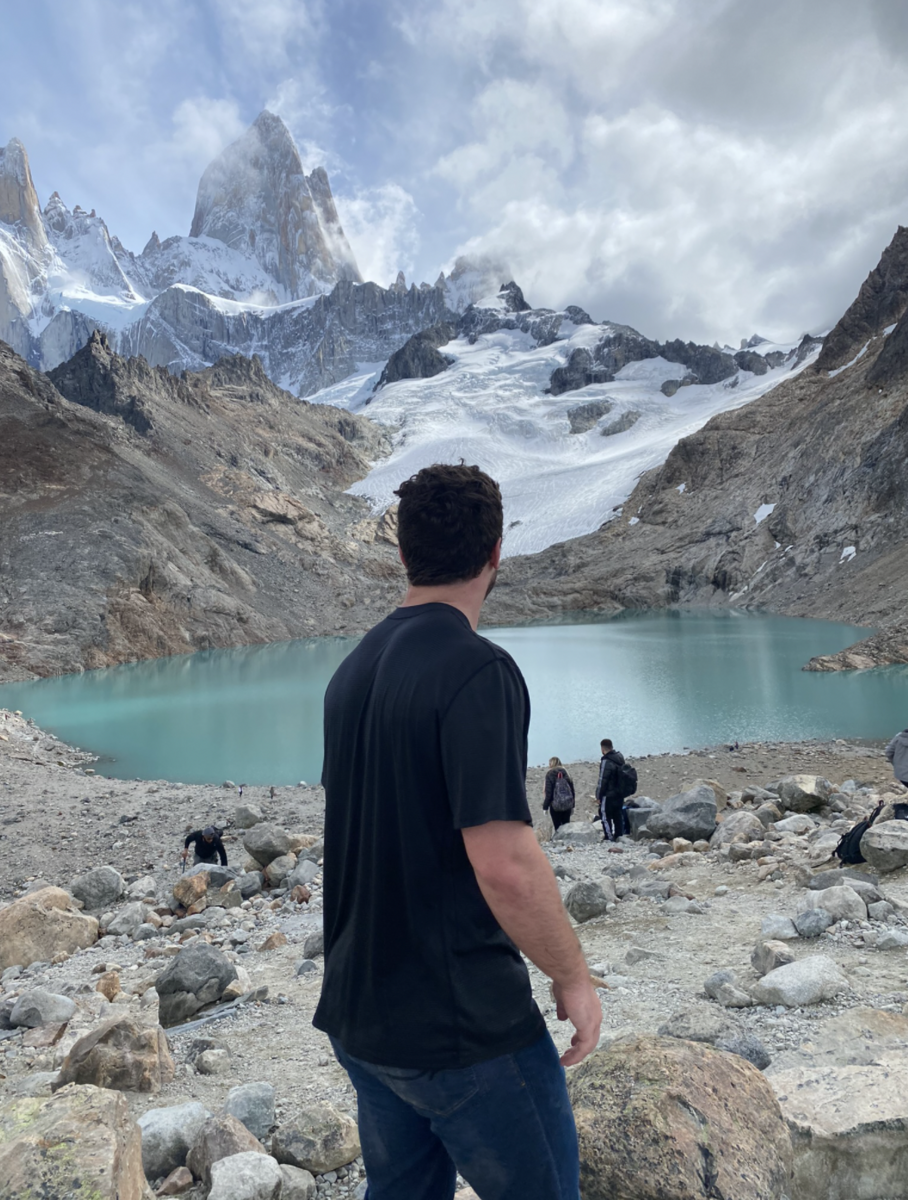 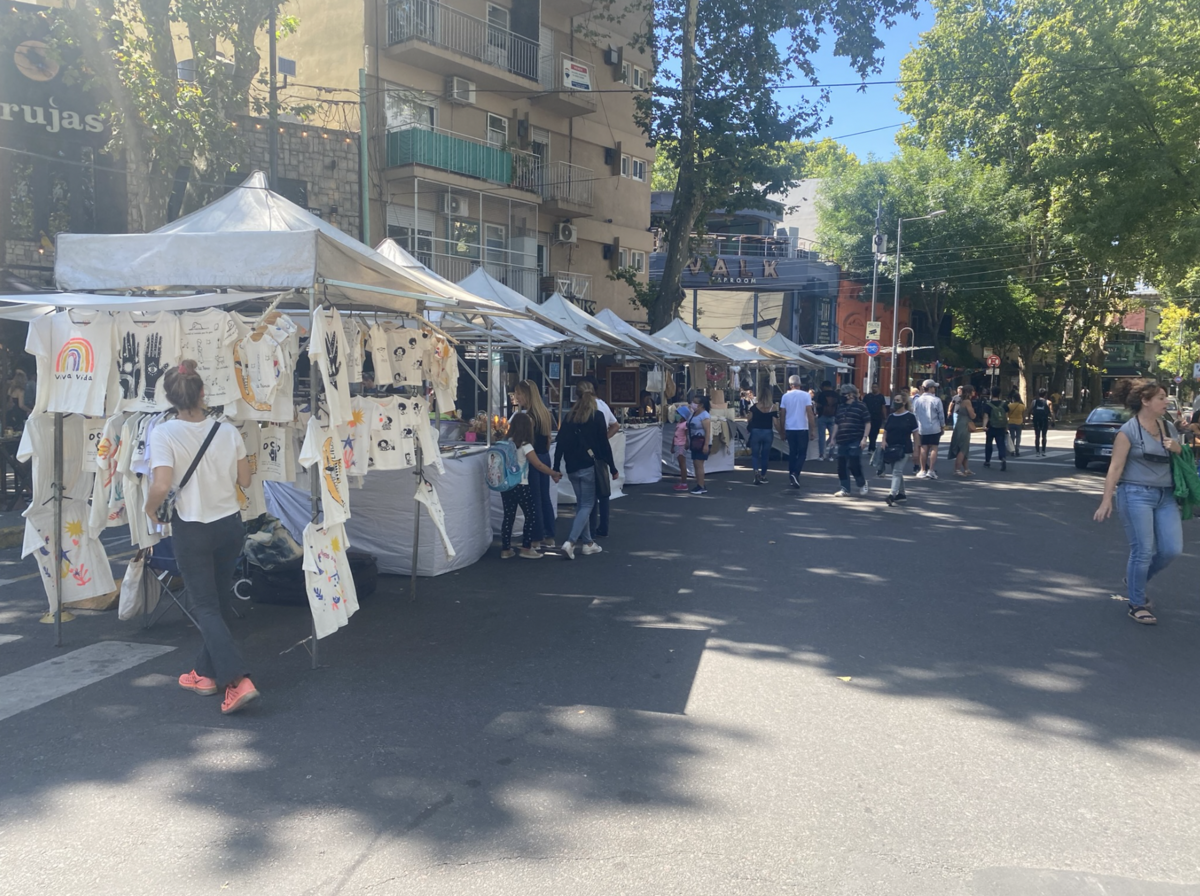 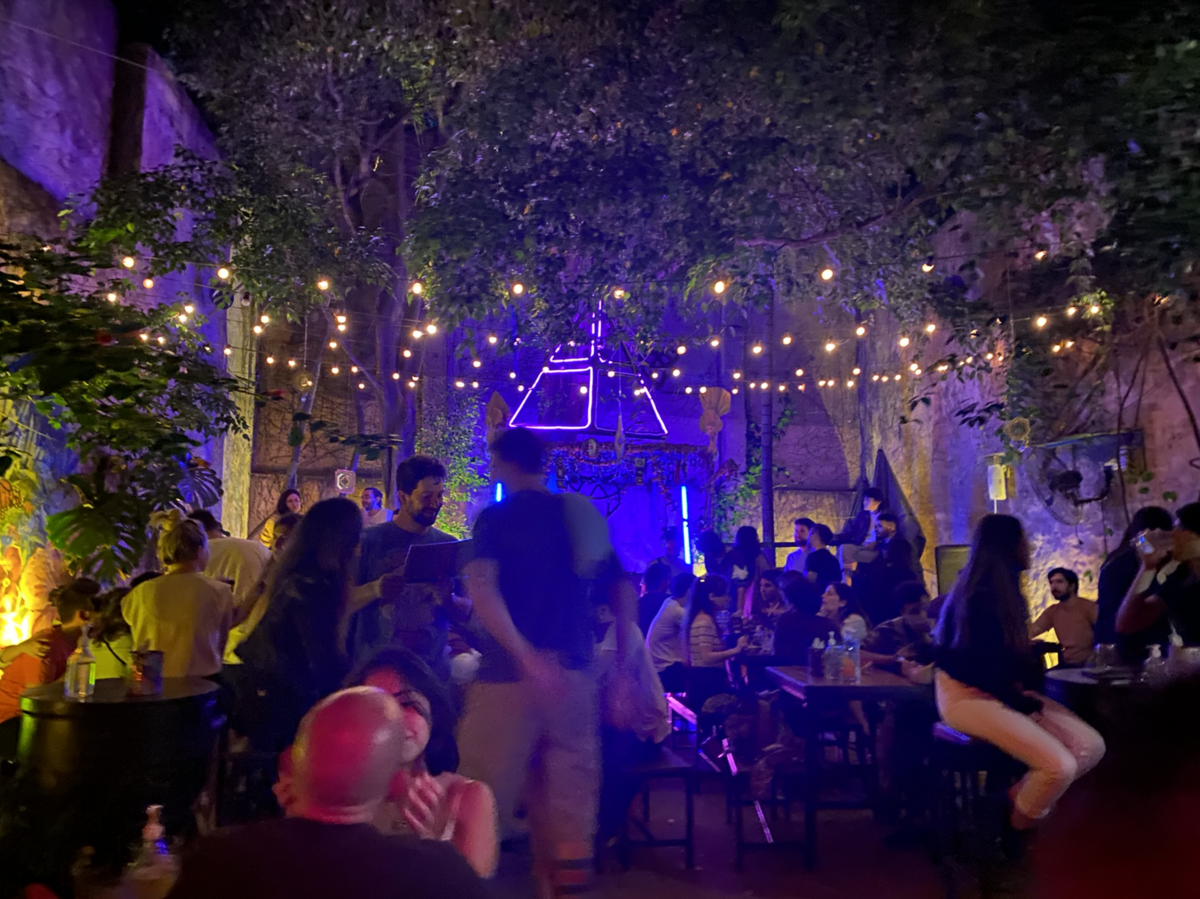 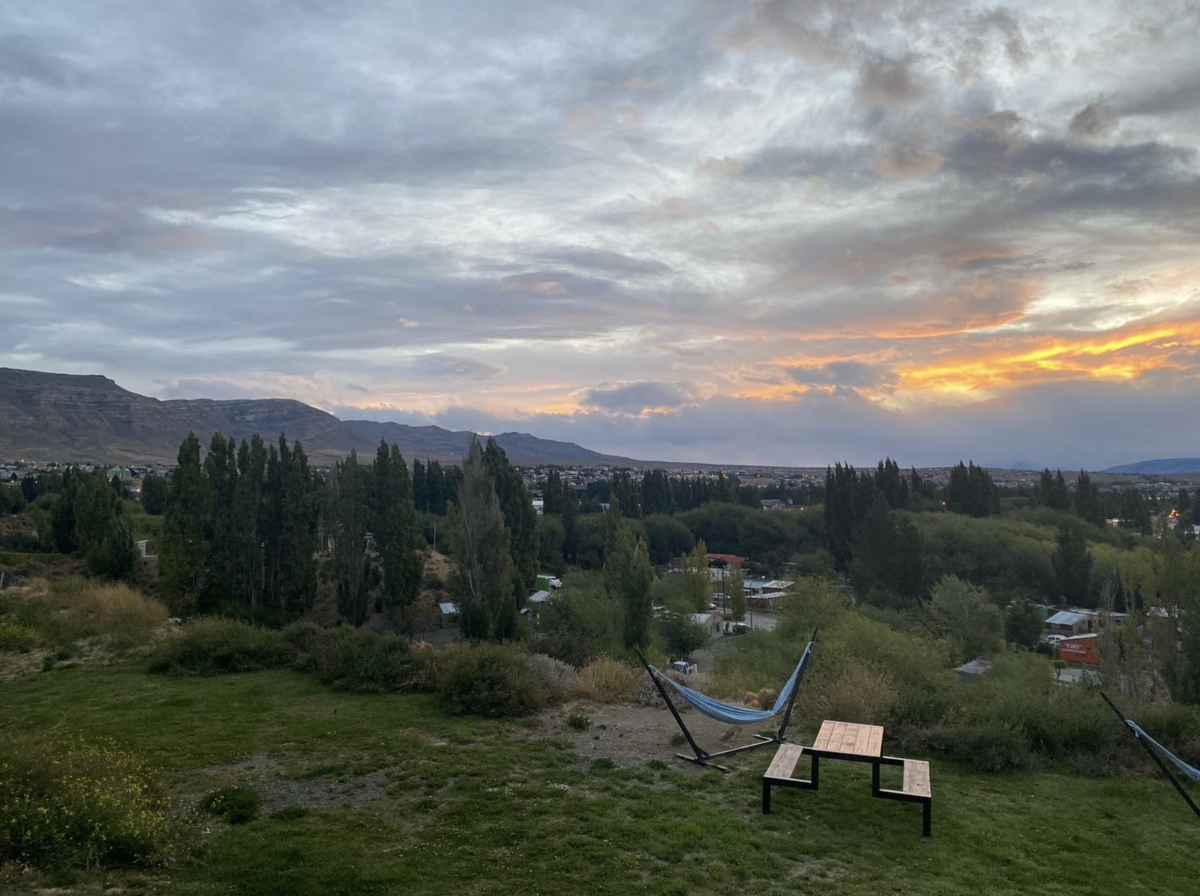 However, the nation's financial system is as broken as its mountains are beautiful. So what's going on?

This article is based on a combination of my own experiences in Argentina and my subsequent research after I came back to the US. I know some of my readers are from Argentina, and others are probably much more knowledgeable than me on this topic. If I'm dead wrong about something, or if you have a good personal anecdote, let me know. I would love to learn more about my favorite South American nation.

Argentine bank accounts pay 45% interest on deposits, which sounds great if the value of your currency isn't getting cut in half every year. Used cars, a depreciating asset in most of the world, are investments that retain value better than the national currency in Argentina.

Trust in the government is minimal at best, and the ultra-wealthy store their capital in international bank accounts.

What does everyone else do? Hoard dollars. When you are dealing with 50% inflation every year, 8% inflation is a dream come true. Those that have enough money to save extra cash exchange their pesos for dollars as quickly as possible, as the dollar is the best inflation hedge they have.

These dollars aren't stored in bank accounts. They're kept in safes, under mattresses, and anywhere else that the government can't touch them.

The constant exchanging of pesos for dollars has created a vicious cycle: an already weak currency continues to lose value as consumers dump it as quickly as possible.

Two years ago, the Argentine government sought to stop this flight to dollars by instituting a $200 peso-dollar monthly exchange limit, but this rule simply expanded the black market for dollars.

The quoted rate, which sits around 100 pesos per dollar right now, is what any bank will pay you for your dollars. However, demand for dollars is so high that the unofficial exchange rate trades at a 100% premium: 200 pesos per dollar. Because inflation is so rampant, the local population will pay double the market price to get their hands on dollars.

If you are an American tourist, it's a great deal. Bring a few thousand bucks and you can live like a king. If you are a local Argentine, this exchange is born out of desperation. Without access to dollars, your purchasing power will quickly diminish.

So how did we get here?

Argentina is a unique case study in economic development, because as recently as 80 years ago it was poised to rival the US in global influence. During the first three decades of the 20th century, the South American nation outgrew both Canada and Australia in population, total income, and per capita income. In fact, in 1913 Argentina was the 10th wealthiest country per capita. (For perspective, Argentina was 89th in 2020, and the United States was 10th).

Yet the rest of the world has largely flourished since the end of World War II, while Argentina has floundered. What went wrong?

In the 1940s, it seemed like the South American nation would be a superpower for the rest of the 20th century. Argentina was one of the world's leading agriculture exporters, the country was industrializing quickly, and unlike war-torn Europe, it had remained relatively stable since gaining its independence. Italians, Spaniards, and other Europeans immigrated to Argentina by the millions, seeking opportunity in a new land. Buenos Aires was becoming the New York of the southern hemisphere.

However, in 1946 Juan Perón came to power, setting in motion 75 years of decline and stagnation. On a global scale, the first four decades of the 20th century were filled with war and economic depression. As a result, Perón implemented a series of import substitution policies, such as high tariffs, to make the country less dependent on international markets.

However, the timing couldn't have been worse, as the post-WW2 era brought us an explosion of international trade. Consumers around the world benefited from cheap imports, while businesses had access to exponentially larger customer bases. Argentina missed the bus.

While the goal was to make Argentina an independent nation, the reality was a blossoming world power exited international markets before the biggest expansion of global trade in history.

The consequences of protectionism cannot be overstated. Argentina was previously an agriculture superpower, but protectionist policies forced the country to divert resources away from its strongest sector to increase industrial production. Domestic production couldn't compete with the lower prices of international goods, and consumers suffered.

Government spending exploded as companies across a variety of sectors were nationalized, and Perón distorted property rights and the freedom to contract.

Perón was overthrown after a decade in power, but Argentina's fate had been sealed.

Over the next 50 years, governing power shifted hands several times through coups and "elections," the nation repeatedly defaulted on its debts and changed currencies, and inflation wreaked havoc on the purchasing power of local consumers.

8% inflation sucks. Inept government policies suck. But our problems in the US are minute compared to elsewhere in the world. The reality is that we live in a country with a stable currency, a stable government, and unlimited opportunities.

In the US, we are worried about whether the market is going to maintain its 9% annual returns. In Argentina, they worry about whether or not their currency will exist tomorrow. Americans invest in stocks, bonds, index funds, and real estate. Argentines hoard dollars under their mattresses and buy used vehicles as investments to fight hyperinflation.

The craziest part about this whole thing? There is an alternative timeline where Argentina rivals the US in global influence in 2022.

Just a few generations ago, Argentina was poised to be the world power of the southern hemisphere. The peso was as stable as the US dollar and British pound, Buenos Aires was one of the world's premier cities, and immigrants moved to the nation by the millions in search of opportunity.

However, a single decade of government incompetence led to generations of decline.

Despite the issues that we do have in the US, we won the lottery of opportunity by being born here. We don't have to worry about our dollars being worthless or our government being overthrown by a coup. Had a few events in history been different, we could be looking at a different reality right now.

Life in the US isn't perfect, but it's important to have a little perspective about this stuff. If our biggest problem is 8% inflation, are our problems really all that big?